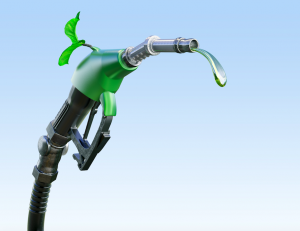 Last year, while on the provincial campaign trail, Manitoba Premier Brian Pallister told audiences that his government would increase the amounts of biofuels available to motorists and the transport sector. Last week (January 21) his government announced the plan.

Following meetings with Prime Minister Trudeau during the cabinet’s January sortie to Winnipeg for a winter retreat, Pallister sought further respect for the province’s energy initiatives. Under what is known as the Made in Manitoba Climate and Green Plan, the Pallister Tories will undertake to set new standards for fuel content in the province as it tries to get out from under what it sees as unenlightened conditions of the Federal Government’s Carbon Tax program.

Manitoba has announced that the minimum ethanol content in gasoline will now move from 8.5% to 10%, and the biodiesel content in diesel from 2% to 5%.

“Agriculture always has been and always will be the key to Manitoba’s economic success,” said the Manitoba premier at a recent event. “As an important economic driver, our agriculture industry cannot take its foot off the gas, so we will make that gas greener.”

This latest salvo in the Carbon Tax back and forth will see Manitoba's emissions reduce by close to 400,000 tonnes cumulatively over the next five years. The provincial government suggests this is equivalent to taking 100,000 vehicles off the road.

Boosting the biodiesel mandate is expected to increase the market demand in Manitoba for biodiesel from 27 million litres per year to 72 million litres. Currently, transportation fuels produce over one-third of the province’s greenhouse gas emissions. Manitoba sees both biodiesel and renewable diesel as products that can combat this carbon load.

Biodiesel is a fuel made from vegetable oils or used cooking oils. The refining process uses alcohol such as methanol to convert animal fats, plant oils and other biomass-based oils into fuels. Biodiesel can be used in its pure form or blended with conventional diesel at various levels with little or no engine modifications.

Ethanol is a high-octane, water-free alcohol that is produced from renewable resources such as corn, canola, and wheat. Ethanol can be used as a fuel, as an additive to fuel or as a fuel extender.

Challenges to using biofuels exist. While they help to reduce carbon footprints they also put pressure on food stocks and wildlife. In the US and Mexico, farmers have pulled crops such as corn from the food chain to use them as a source of fuel in moves that raise the consumer cost of products such as tortillas and cooking oils. As well, additional acres are often needed to meet the increased demand for biofuels and this impacts wildlife as wetlands and forests are put to the plough. Global ethanol production is projected to grow more than 7% a year and will reach (US)$105 billion by 2022.

Manitoba has not reported how many new acres will be planted to meet the province’s targets, but the government has committed a $50 million annuity to protect wetlands that could be impacted. Currently, Husky Energy operates Manitoba’s sole ethanol facility in Minnedosa with an annual output of 130 million litres of ethanol per year.

Octane editor Kelly Gary can be reached at [email protected]