But he credits his family’s devotion to the business and their ability to stay in step with the times for making Marché G. Lalime a local institution for the past 60 years.

“We’ve evolved with the neighbourhood and made changes to meet people’s demands,” says Maximilien, a 32-year-old father of three and grandson of store founder Gilles Lalime. He has worked for his father Daniel Lalime, the current store owner, for more than a decade.

“We listen to our clients and try to offer them the things they want and need,” says Maximilien – Max to family, friends and store regulars. 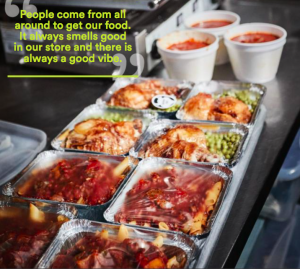 A case in point is the store’s introduction a year ago of a new meat pie made with shredded beef bourguignon.

The store sells – and is renowned for – a wide selection of homemade food items and prepared meals that members of the Lalime family make fresh on an almost daily basis.

“None of us thought it would do well,” Max says about the shredded beef pie, which was a spur-of-the-moment idea to recoup an overcooked beef bourguignon. “But it’s done great. We sell a ton of them now.”

Its most popular items, however, are home-style sandwiches made mostly with sliced white bread.

The runaway bestseller is the “Club-matin,” a toasted, three-decker breakfast sandwich that sells for only $2.99 – the best food bargain in the city according to store customers, says Max.

Its iconic club sandwich has also earned the store local fame, helping to drive the occasional sales of t-shirts and baseball caps emblazoned with the Marché G. Lalime logo.

“People come from all around to get our food,” says Max.  “It always smells good in our store and there is always a good vibe.”

From meat to much more

That’s a big change from the store that his grandfather Gilles, a butcher by trade, opened in 1959 on Boulevard St Laurent, a busy north-south commercial artery that spans the width of the island of Montreal at its centre point.

Located at the junction of three big city boroughs – Outremont, Le Plateau and Rosemont – the original store supplied mostly fresh meat products to the many large working-class families who lived in the area.

After moving the store 30 years ago to its present location a few hundred metres south at the corner of Beaubien Street, the Lalimes added everyday grocery items, plus lottery tickets, wine and beer. They also started making and selling homemade dishes of popular Québécois foods.

“My grandad and dad realized that people were too busy and no longer had time to make the traditional foods they like,” says Max. “So they decided to try and fill that need.”

From the get-go, that food production has been a family affair for the Lalimes.

Daniel’s brother Patrick, for example, comes into the store most mornings at 3 a.m. to make and fill the cooler with 100 sandwiches or more, often with the help of his wife.

That doesn’t include the side orders of toast for $1 and the dozens of “Club-matins” and other made-to-order sandwiches that start going out the door with overnight and early-bird workers as soon as the store opens at 5 a.m.

Daniel, his sister Ginette and three of Max's cousins help to make and fill food orders and to staff the store during the day until closing time at 11 p.m.

Daniel's wife, Marie-Claude, makes vegetarian plates at home that Daniel brings in to the store.

According to Max, those plates, which were added to the store’s food line a few years ago in response to the growing vegan movement, have proven wildly popular.

“The idea for a vegetarian plate was on our radar, we talked about it and then – boom! – we introduced it,” says Max, who handles the store’s cash and manages everything from traffic flow and home deliveries by bike to lottery tickets and store inventory. “That’s how we’ve always done it for new things and it has worked well.  I don't see why we'd change that approach.”

#1. Promote your strengths. "We are always telling our clients how good our food is and what a great deal it is – and they always agree. It's important to make that kind of a claim – but only if it's true, and in our case, it is."

#2. Know your customers. "You need to be interested and attentive to everyone who walks through the door on both a personal and professional level. But that interest has to be genuine."

#3. Like what you do. "It takes love and acceptance of what you do to keep employee morale high and make your customers feel welcome when they come in the store. This is a business like any other – it functions best with a positive, winning attitude." 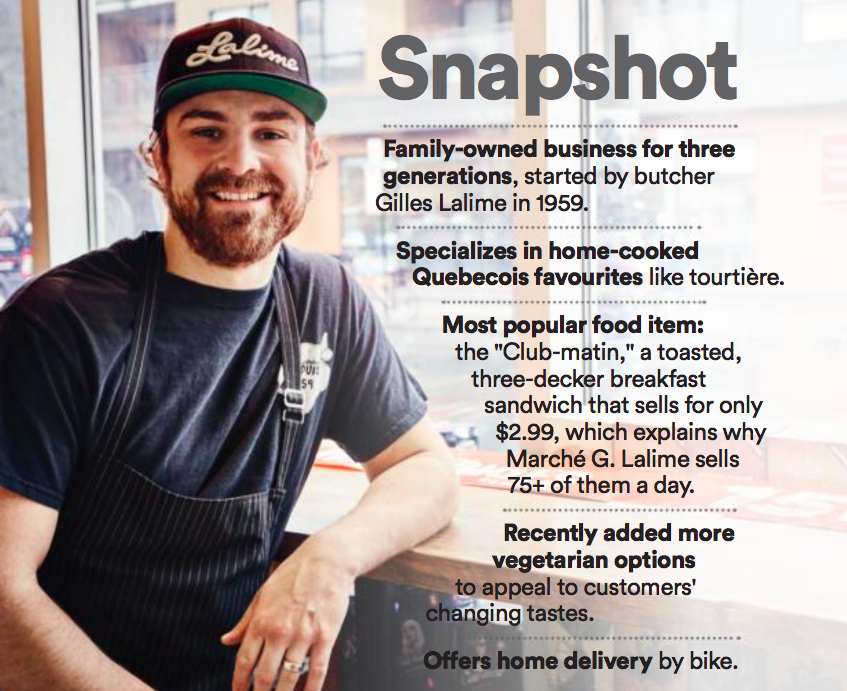