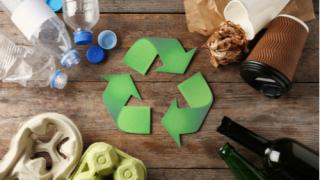 Following a summer of extreme weather events in Canada and around the world, the threat of climate change has become frighteningly real for many of us. Consumer awareness around the urgency to take action about it is at a fever pitch.

One way consumers want to do their part is by making educated food choices based on environmental and ethical grounds. According to a new report from Deloitte Canada, The Future of Food: The Sustainability Conviction, nearly three-quarters of consumers (72%) prefer to shop at food retailers with sustainable or ethical practices. Nearly as many (71%) say it’s also important they understand where their food comes from.

“Consumers are starting to mentally calculate their environmental impact,” explains Rob Carruthers, a partner in Deloitte’s risk advisory and consumer business team and a co-author of the report. He points to the rise of personal carbon footprint calculators as further evidence of that. “Food manufacturers and retailers that provide consumers with an option to do better will influence their shopping decisions,” he concludes.

This includes bringing online shoppers less delivery waste. The survey found 61% of Canadians are concerned about the amount of packaging used for food they order online. Twenty-three per cent of consumers are ordering takeout more often as a direct result of COVID-19, according to the survey.

Yet many food companies aren’t nearly as far into their sustainability journey as shoppers might hope. Some firms have yet to even outline their goals and steps to achieving CO2 reductions. This could lead to financial challenges, as governments look to make good on their net-zero emission targets by 2050, the minimum set out in the 2015 Paris Agreement.

Innovation is already taking shape, especially around food waste. When food ends up in landfill, it spews methane, a greenhouse gas 25 times more potent than CO2. One grocer unnamed in the report is on track to reduce food waste by 50% by 2025 through a new digital food waste management system, which flags items nearing their best-before date and brands them as flash-sale items.

In keeping ahead of consumer sentiment, Joe Solly, a partner in Deloitte’s sustainability and climate change team and co-author of The Future of Food report, says forward-thinking retailers have also been collaborating with their supply chains—a critical move, given more than 90% of carbon emissions produced by food retailers derive from the supply chain. As an example, the report describes a food processor that has been encouraging farmers to adopt no-till farming to reduce greenhouse gas emissions.

“A company cannot solve this on their own. Sobeys, for instance, won’t solve plastics packaging without suppliers like Maple Leaf Foods,” says Solly. “It is going to take broad partnerships, collaboration and systemic contribution.”

“If they wait too long, regulators will catch up and expect very time-sensitive changes from food companies to reduce their environmental impact. This will be a huge cost burden with little upside, since they’ll be trailing consumer expectation,” says Carruthers. “That is why we are encouraging our clients to make investments, change the philosophy of their organization and take advantage of this market-shifting opportunity now.”