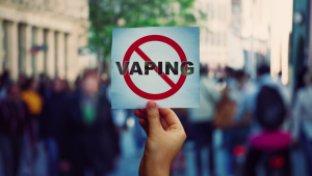 Mexico had already prohibited imports of the devices since at least October. And even before that, consumer protection and other laws had been used to discourage sales.

Despite Tuesday’s decree, many Mexicans import or buy vaping cartridges or fluid under the table or online domestically.

Assistant Health Secretary Hugo López Gatell lashed out at industry claims that vaping is safer than smoking, calling it “a big lie.”

The government’s own figures estimate that at least 5 million Mexicans have tried vaping at least once.

Circle K is partnering with the McLaren Formula 1 Team during the highly anticipated return of the Canadian Grand Prix in Montreal.

In the days leading up to the practice sessions and the race on June 19th, the brand will hold special outdoor pit-stop challenges at select Couche-Tard locations in Montreal. Efforts will include exclusive content and a contest on social media.

ʺThe Canadian Grand Prix is a beloved and premier event that draws millions of viewers and fans globally so this partnership with McLaren is the ideal backdrop to showcase our global Circle K brand and our shared love for speed, convenience, and world-class mobility innovationʺ says Melissa Lessard, head of marketing for North America at Couche-Tard. 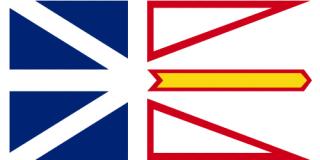 ST. JOHN'S, N.L. - The Newfoundland and Labrador government is temporarily cutting the provincial gas tax in half and promising a minimum wage of $15 an hour by October 2023.

He says the cuts to the provincial tax on gas and diesel will save consumers about eight cents a litre at the pump.

Newfoundland and Labrador's minimum wage is $13.20 an hour, which was the fourth-lowest in the country as of May 1, according to the Retail Council of Canada.

Six other provinces and territories, including Ontario and British Columbia, offer a minimum wage of at least $15 an hour.

Josh Smee, chief executive officer of non-profit Food First NL, said in an interview the move is a sign of "real progress.''

"It's a small win, but it is a win,'' Smee said Thursday. "That's not to say it's enough - what $15 would have meant when people started asking for $15 is not what it means now, in terms of people's lives.''

The province is also offering a one-time rebate of up to $500 to residents who heat their home with oil, as well as a 50-cent-an-hour subsidy for small employers to help them transition to the higher minimum wage.

Finance Minister Siobhan Coady told reporters the measures add up to about $80 million, which will be paid for by higher-than-expected revenues from the province's offshore oil sector.

As in the rest of the country, gas prices in Newfoundland and Labrador have skyrocketed, with Thursday's prices ranging from $2.22 a litre in St. John's to nearly $2.50 in parts of Labrador. The bill to cut the gas tax will be introduced in the provincial legislature on Monday, Furey said. 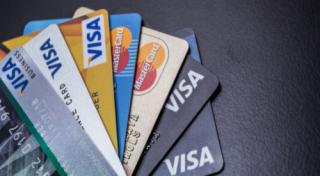 TORONTO - Businesses in Canada may be eligible to claim hundreds of dollars in credit card processing fees following a multimillion-dollar class action settlement with Visa and Mastercard.

The settlement comes as the pandemic quickened a shift away from cash towards digital payments as more consumers shopped online.

Those fees can range from as low as around one per cent for basic cards to nearly three per cent for cards that offer rewards such as cash back or loyalty points.

"The more perks on a card, the more expensive it is for a merchant to accept,'' Pohlmann said. "I don't think consumers understand how big a cost it could be for a merchant.''

While the settlement doesn't change the fees, it does allow businesses to apply for a refund of some of the fees paid since 2021.

The settlement also gives merchants the power to pass credit card fees on to customers starting this fall.

While very few merchants are expected to add surcharges for accepting credit cards, Pohlmann said giving businesses the ability to recoup those fees will help them push back against future fee hikes.

"They've promised to reduce fees for small- and medium-sized businesses to rates that are similar to what ... big businesses enjoy,'' said Gary Sands, senior vice-president of public policy with the Canadian Federation of Independent Grocers.

"But there's been a deafening silence from Ottawa.''

Sands said the amount being reimbursed by Visa and Mastercard represents a tiny fraction of fees paid. He also expressed concern that the settlement could be used by credit card companies as "camouflage in their battle to resist lowering their credit card fees.''

"The surcharge isn't a solution,'' he said. "What business is going to deliberately put themselves at a competitive disadvantage by passing those fees on to customers.'' 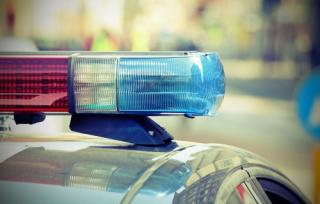 Two convenience store armed robberies within several days has the Prince Albert Police Service believing the incidents may be linked.

Officers on patrol responded to a report of a robbery at a business in the 2700 Block of 15th Avenue East in Prince Albert, Sask. around 1 a.m. Wednesday morning. A man holding a knife entered the store and fled with an undisclosed amount of cash and lottery tickets. The suspect is described as wearing a blue and white hat, white shoes, light-coloured bunnyhug and black jacket, and black pants.

Just before 11:30 a.m. on Tuesday, police received a call for service involving a robbery at a business in the 1900 Block of Central Avenue. A man threatened staff with a knife while demanding money and lottery tickets. He then fled Eastbound on foot.

The suspect is described as being 5'8'' tall and approximately 150 pounds. He was wearing a black bunnyhug with a fish skeleton outline on the back, black pants, white Adidas shoes, a blue and white hat and a white medical mask.

No one was injured in either incident.

Due to the potential connection between these two incidents, police are warning the public and businesses to be cautious and stay alert. Staff are recommended to work in pairs and ensure store visibility by keeping the interior and entries well lighted. Report any suspicious activity to police.

Anyone with information on the identity of the man is asked to contact police at 306-953-4222 or anonymously through Crime Stoppers at 1-800-222-TIPS. Tips can also be submitted anonymously online at https://www.p3tips.com/248 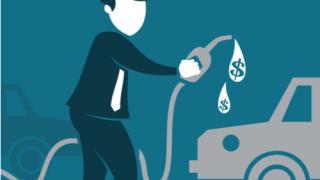 Statistics Canada said sales in March were up in 10 of the 11 subsectors it tracks, representing 75% of retail trade.

However, sales at motor vehicle and parts dealers fell 6.4% as new car dealers saw a drop of 5.9%.

"A lack of supply, as chip shortages hamper production, continues to weigh on vehicle sales,'' Benjamin Reitzes, managing director of Canadian rates and macro strategist with BMO Capital Markets, said in a client note. "That's been a theme for some time, but is expected to ease as we work through 2022.''

"Unfortunately, a good chunk of that underlying strength was due to broadly higher prices,'' Reitzes said.

"It's clear that inflation is eroding purchasing power,'' Reitzes said.

Consumer enthusiasm could wane in the months ahead as higher interest rates ripple through the economy, he added.