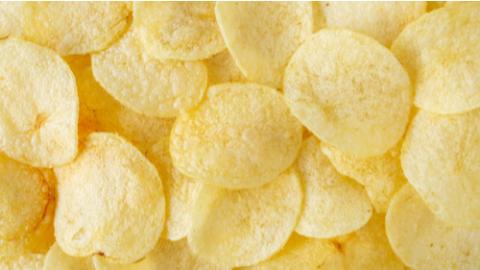 Frito-Lay, citing the need to recoup rising costs of ingredients, packaging and transportation, wanted Loblaw to bump up the price tag on its brands.

However, Canada’s largest grocer refused, saying it is “laser focused” on minimizing price hikes for customers.

The impasse led Frito-Lay to cut off shipments to Loblaw in February.

Subsequently, Loblaw banners, including Loblaw’s, No Frills, Real Canadian Superstore and Shoppers Drug Mart, have seen their chip aisles depleted of the usual customer favourites, leaving mostly private label brands, President’s Choice and No Name, as the only options.

C-stores are looking to fill the void for chip lovers. They have been running promotions and making posts to social media.

That includes Enniskillen General Store in Ontario, which has four locations, in Enniskillen, Peterborough, Bowmanville and Oshawa. “You won’t have any problems finding a great selection of chips at our stores,” it posted to its more than 3,600 followers on Twitter. “We are fully stocked with Frito Lay chips and dips too!”

Sales are up at some c-stores in the double digits, both for Frito-Lay products and the entire salty snacks category.

MacEwen, which operates 106 c-stores in eastern Ontario and Quebec and has operations in Manitoba, has seen “Frito-Lay products up by 15%” versus this time last year, says Helene Drolet, senior vice-president and general manager of retail for Maxville, Ont.-headquartered MacEwen.

She cites a few factors, in addition to the empty chip shelves at Loblaw retailers. First, it had a two for $7.50 promotion on some Frito-Lay family-sized products. However, “it was a planned promotion,” says Drolet. “It wasn’t done because Frito-Lay was suddenly removed from Loblaw stores.”

The expansion includes the addition of new choices, like Covered Bridge Potato Chips, a family-owned brand made in New Brunswick, which Drolet says “has been doing very well.”

MacEwen has also added Old Dutch, a family-owned brand that started in Winnipeg and is now based in Minnesota.

The entire salty snacks category, meanwhile, is up “between 10% and 15%,” with the figure fluctuating slightly from store to store, depending on location, says Drolet.

“We’re not sure how much of the lift is due to our innovations and expansion in the category versus what’s happening with Loblaw, but it’s probably all of those factors combined,” notes Drolet.

Either way, it’s impressive growth for the category, given it had a stellar 2021 over 2020, as consumers sought out salty comfort foods.

“When COVID-19 started, we saw an increase in snack purchases, and we thought after two years of the pandemic, sales in the category might go down or at least level out,” says Drolet. “But it is still trending up.”

Boston Discount, an independent convenience store in the Leslieville neighbourhood of Toronto, has seen an increase in foot traffic of customers looking for Frito-Lay products.

“Our sales overall for Frito-Lay have definitely gone up,” says owner Hana Wang.

She suspects they have been getting extra shoppers coming in from a nearby Shoppers Drug Mart.

“We have a Shoppers just a block away from us, and so we see people who have picked up some things there then come in and grab their potato chips here,” says Wang. “Customers tend to be quite particular about their chips. They want Doritos. Or Ruffles. Or some other brand. Customers are very loyal in the category.”

Boston Discount is also in the midst of running a two for $7.50 sale on Ruffles. Sales have so far been better than typical for this type of deal. “We’ve always had this promotion over the years. Frito-Lay rotates it with their different brands, whether Doritos, Ruffles or Lay’s,” explains Wang.

CSNC reached out to PepsiCo Foods Canada, which owns Frito-Lay, and asked how it’s working with c-stores during this moment.

Sheri Morgan, head of communications, responded in an email, “As always, we’re working with our c-store customers to ensure we have the right assortment, relevant promotions, and exciting innovation for Canadian consumers.”