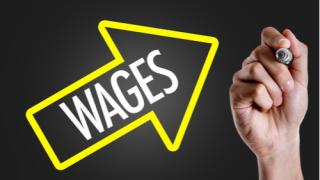 Ontario will increase the minimum wage to $15 an hour, Premier Doug Ford announced Tuesday, drawing support from labour leaders who called the move a good start.

Ford, who previously cancelled an increase from $14 to $15 that was supposed to happen in 2019, said he's looking to make life more affordable.

"More than 760,000 Ontario workers will be getting a raise,'' Ford said. "I can't think of a better way for our government to be working for workers than ensuring hundreds of thousands of people take more pay home.''

Ford made the announcement outside a Unifor building while standing next to Unifor national president Jerry Dias and OPSEU president Warren "Smokey'' Thomas - two people who have been harsh critics of the premier.

"Look, has this government done things that have raised my ire? The answer is yes,'' Dias said.

"Do we still continue to debate over some policy initiatives they've implemented that I totally disagree with? The answer is yes. But the bottom line is I'm here today, understanding that we're having a discussion on minimum wage, recognizing that it's a good start.''

But while the labour leaders typically at odds with Progressive Conservative governments offered some praise, business groups with whom the Tories are more often aligned were upset.

Both the Ontario Chamber of Commerce and the Canadian Federation of Independent Business said the announcement comes at a terrible time.

"Many businesses are still grappling with the ongoing impacts of the pandemic, including cashflow constraints and the increased cost of doing business,'' the chamber's president and CEO Rocco Rossi said in a statement. "This is no time to add to their costs.''

Ford also announced that a separate minimum wage for liquor servers, currently at $12.55 an hour, is being eliminated and they too will see a minimum $15 an hour next year.

Back in 2018, the former Liberal government bumped the minimum wage up from $11.60 to $14 an hour, and businesses complained about the speed with which that rise happened.

After Ford was elected that year he cancelled the scheduled increase to $15 because his government said it was too much for businesses to absorb.

Increases since then have been tied to inflation, and the most recent increase on Oct. 1 was 10 cents.

When asked Tuesday why he denied the $15 minimum wage then and raised it now, Ford called them two different situations.

"That's like comparing apples and oranges,'' he said. "We didn't have the pandemic, a worldwide pandemic. Everyone's been facing a challenge over the last 20 months. Things were a lot different back in 2018.''