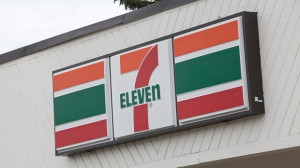 Oshawa City Council is opposing a proposal by 7-Eleven Canada to operate consumption areas for beer and wine in its 61 stores across Ontario, including one in Oshawa at 245 Wentworth St. W.

According to the Toronto Star, Oshawa City Council is sending a letter of objection to the Alcohol and Gaming Commission opposing 7-Eleven's application.

“I can tell you I’ve been around a long time and I’ve never seen an application for a licence with such a potential for negativity in a local community,” Councillor Brian Nicholson to the Star. “What we’re talking about is placing a bar inside a convenience store and that people will be sitting and drinking right next to your children.”

The Oshawa store, located at the corner of Wentworth Street West and Cedar Street, is in the midst of a busy area, with plazas features restaurants and a nearby Beer Store, as well as a number of apartment buildings.

“You couldn’t design a worse possible place for adding a bar,” he said, noting the city has worked hard to improve this stretch of road. “This would be a step backwards by the community.”

The report notes that council not only opposes 7-Eleven's application, but all applications for beer and wine in convenience stores.

“I think this motion is right on, but let’s be proactive and decide now that it’s not just good in 7-Eleven - it’s not good in any convenience store,” said Councillor and Deputy Mayor Bob Chapman.