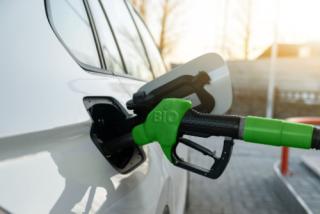 Also known as a type of biofuel, ethanol is a form of alcohol made from grains such as corn, sugar cane or other forms of biomass. For over 30 years, the United States federal government has looked to biofuels as a way to improve air quality and support the agricultural industry. That seems like a win-win scenario, so it’s surprising to some observers that Canada has not followed suit.

In America, the move towards blending ethanol with gasoline was spurred by the Clean Air Act Amendments of 1990, which aimed to reduce harmful tailpipe emissions coming from internal combustion engines. Ethanol has a lower carbon-to-hydrogen ratio than gasoline and also boosts engine efficiency, so it produces less CO2  when burned.

Most gasoline now sold in America contains at least 10% ethanol—specifically, more than 98% of pump fuel sold in the United States contains up to 10% ethanol. This blend, called E10, was introduced in the wake of the 1990 legislation to help boost octane and meet air quality requirements. All internal combustion engined passenger vehicles of any age—as well as all motorcycles, boats and lawn mowers—can safely run on E10 fuel.

Here in Canada, the federal Clean Fuel Regulations are engineered to increase demand for biofuels, including those derived from such crops as canola. As has been the case south of the border, this move has the potential to bring increased opportunity to the agricultural sector while supporting the clean energy economy.

The Regulations aim to gradually reduce the carbon footprint of fuels produced for use in this country. Six of our provinces have set standards for the biofuel ratio in pump gasoline, but they’re far below what is common practice right now across America.

There’s another fuel blend to consider, E15, which consists of between 10.5 to 15% ethanol blended with gasoline. In 2011, the Environmental Protection Agency (EPA) approved E15 for use in light-duty vehicles from the model year 2001 or newer.

As a result of all this legislation in America, ethanol has become a significant part of the economy in many of their midwestern states. Ethanol consumes more than 40% of the country’s corn supply; ethanol and other biofuel production plants create jobs in rural areas that have struggled over the past few decades.

Also known as flex fuel, E85 is a blend of ethanol and gasoline with higher percentages of the cleaner-burning biofuel in the mix. Depending on where you are in America and what time of year it is, the ethanol-gasoline blend will consist of anywhere from 51 to 83% ethanol and the rest gasoline.

Generally speaking, the percentage of ethanol will increase in summer months because its properties don’t make it especially suitable for cold-weather start-ups. Also, as noted earlier, E85 is more readily available in states with a tradition of growing corn for livestock feed.

There are more than 3,900 E85 refuelling stations in 42 different states pumping the stuff out to an estimated 21,000,000 flex-fuel vehicles (FFVs) across America.

Only flex-fuel vehicles can run on E85 gas. These vehicles have upgraded fuel systems and engine components that can handle running on everything from E15 to E85 without missing a beat; the engine control unit (ECU) in an FFV automatically analyses the make-up of the fuel in the tank and adjusts engine settings accordingly.

If you put an E85 blend into a non-FFV, you can get away with it once or twice. But E85 has a corrosive effect on fuel system components, aluminum, magnesium and rubber, so don’t make a practice of it. You’ll soon have to replace fuel hoses, gaskets, pumps and seals, and may do irreparable damage to your engine.

Flex-fuel vehicles have been offered since the 1990s and there are currently about 30 for sale in America, including some that have been sold here in Canada. Most of them are work vehicles, either pick up trucks like the GMC Sierra or vans like the Ford Transit Connect. There’s one notable exception: the Ford Explorer AWD FFV, which combines all-road versatility with flex-fuel compatibility.

For the environmentally conscious driver out there, an ethanol-gasoline blend fuel does produce fewer harmful tailpipe emissions. This may be the only laboratory-tested advantage of ethanol-based fuels that doesn’t change depending on the weather, the time of year or the type of vehicle.

There’s much to be debated when it comes to our dependency on any type of fuel, including biofuel. But it’s clear that our society requires solutions in the short- and medium-term as we transition to a carbon neutral scenario. An increasing focus on biofuels could be one of the answers.

Originally published in the September/October 2022 issue of OCTANE magazine.