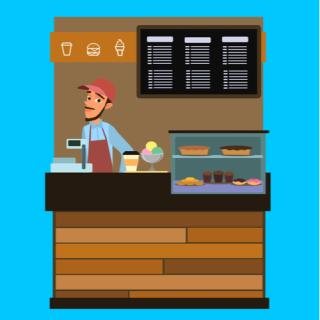 TORONTO - Restaurants in Canada are raising prices, shrinking menus and reducing hours in a bid to survive inflation and labour shortages, a new report says.

The Restaurants Canada report released Thursday said the industry is continuing to struggle financially, with half the country's eateries operating at a loss or just breaking even.

The report, entitled Foodservice Facts, said foot traffic to restaurants is still below pre-pandemic levels with real sales adjusted for inflation 11% under 2019 results.

Hiring in the restaurant sector is also lagging Canada's overall job recovery, with the workforce 171,300 jobs short of pre-pandemic levels as of May.

Back-of-house positions such as cooks and other kitchen jobs have been the hardest to fill, with most restaurants operating at 80% of their normal capacity due to the worker shortage, the report said.

Menu prices at full-service restaurants are expected to rise 7.8% by the end of 2022 compared with the year before, with about a third expecting prices to climb by as much as 15%.

Fast-food restaurant prices are expected to increase 7.1% by the end of the year.

Still, higher prices are just one way restaurants are responding to inflation, the report said.

Some restaurants are also reducing the number of items on the menu, shrinking portions, changing suppliers and absorbing cost increases, according to the report.

"The low-hanging fruit for addressing rising food costs is to simply cut back on portion sizes,'' Philman George, corporate chef of High Liner Foods, said in the report.

"The catch-22 is the compounding effect of labour shortages,'' he said. "It leaves the customer not only getting less food for their dollar, but also a potential decrease in the service levels they were accustomed to receiving pre-pandemic.''

Instead, George said successful restaurants will address rising food costs with a "multi-prong approach,'' including creative sourcing of lower-cost ingredients and making menus simpler and shorter to reduce food waste.

"Rethink menu offerings to focus on easy-to-execute items and ingredient cross-utilization, which allow you to reduce labour and food costs and streamline inventory ... (and) keep guest-facing prices more stable,'' said in the report.

Meanwhile, although dinner traffic has seen the biggest improvement in recent months, lunch at full-service restaurants remains 22% below 2019 levels, the report said.

The slow recovery is largely due to many Canadians continuing to work remotely.

While about a third of Canadians overall worked either mostly or entirely remotely as of May 2022, the share of people working from home nearly doubled in some major cities.

"This has had a negative impact on the morning and lunch dayparts in particular,'' the report said.

Meanwhile, Canadians feeling squeezed by inflation are expected to rein in their spending by skipping lower-priced meals and saving restaurant outings for special occasions, according to the report.

Others will reduce restaurant spending by downsizing meals, cutting back on extras or searching for a deal, it said.