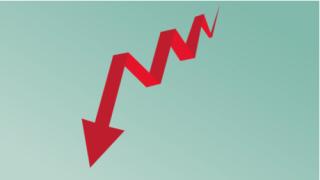 Canadian retail sales fell 0.6% to $56.6 billion in September as sales of new cars slowed amid limited supply due to the shortages of semiconductor chips that have hurt production in the auto industry.

Statistics Canada also said Friday its preliminary estimate for October pointed to an increase in retail sales of 1% for the month, but it cautioned the figure would be revised.

CIBC senior economist Royce Mendes said the September reading was better than the consensus forecast for a drop of 1.7% and Statistics Canada's preliminary estimate for a loss of 1.9% for the month.

"Retail sales slumped in September, but only reversed a small part of the gains from the prior month," Mendes wrote in report.

"The outcomes for both September and the October flash were better than anticipated, suggesting spending was somewhat more robust this autumn than we had anticipated."

However, Mendes said the increased availability of services and supply issues for some goods could mean a bumpier ride this winter for retail sales.

Statistics Canada said sales in September fell in seven of 11 subsectors with sales at motor vehicle and parts dealers falling 1.6%.

Sales at new car dealers were down 2.8%, largest decline since December 2020, while sales at used car dealers rose 6.3%.

Sales at clothing and clothing accessories stores fell 5.9% as sales at clothing stores lost 7.9%. Sales at jewelry, luggage and leather goods stores rose 2.6%, while shoe sales were up 0.4 per cent.