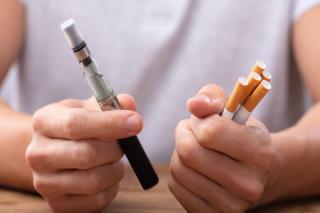 Rothmans, Benson & Hedges Inc. (RBH) is recommending Health Canada modernize the country's top tobacco and vaping law with changes that it says could make "Canada the first smoke-free country in the world."

The Federal Government is in the midst of its first review of the 2018 legislation that legalized vaping. Advocates on both sides of the issue say regulations have become tougher on vapes and have more or less abandoned the product as an alternative to cigarettes, leaving them to wonder how the government plans to deal with cigarette smoking in Canada.

RBH submitted its recommendations to Health Canada as part of the consultation on this first mandatory review of the Tobacco and Vaping Products Act (TVPA).

"The challenge is that regulations in Canada have not kept pace with the innovation of smoke-free technologies. This review is an opportunity for industry to be at the table to help ensure that our shared goal of a smoke-free future can be achieved as fast as possible," said Jeff Gaulin, director, external affairs, RBH.

In a release, RBH stated it believes the incorporation of pragmatic harm-reduction approaches to regulation, as have been done recently in New Zealand, could accelerate the move away from cigarettes for the more than 10% of Canadians that still smoke.

"Canada's approximately 3.9 million existing smokers should be given access to the appropriate information about alternatives to make an informed choice on vaping or heated tobacco products," said Gaulin, who acknowledges that smoke-free technologies such as vaping or heated tobacco products "are not risk-free and they are addictive, but a growing body of scientific research around the world shows they have the potential of being significantly less harmful for adult smokers than cigarettes."

RBH states that the regulations should also recognize that not all nicotine products are the same and products should be regulated according to the risks they pose compared to smoking to help the transition away from cigarettes.

"By modernizing the TVPA, Canada has the chance to be a progressive leader and show the world the blueprint for how to help its existing smokers and create a world without cigarettes," said Gaulin.