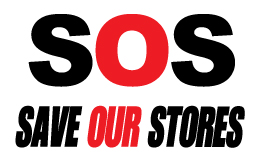 The Ontario Korean Businessmen's Association (OKBA) has been working hard to launch the Save Our Stores Campaign (SOS). "Everyday 3 million Ontarians shop in one of the 8,000+ convenience stores across our province. We plan to communicate to our customers what changes in government policies are needed to help Save Our Stores," says the OKBA.

The campaign kicked off on August 9 at Brothers Convenience Store in Thornhill, Ontario, where several news outlets were in attendance to cover the launch of the campaign.

Why is the SOS campaign launching now?

"We didn’t want to scramble after the fact to oppose something. The OKBA was expressing the desire to put together a more proactive campaign leading into next year’s election in Ontario. The primary point behind the whole campaign is to raise awareness, for the public and for the elected officials, about the challenges impacting convenience stores and the hardships they're currently facing," says Peter Seemann, Grassroots Public Affairs.

What are the five issues?

The campaign will run for the next 10 months, with events hosted in different convenience stores across the province each month. The SOS Campaign is interested in speaking with convenience stores from across Ontario that are finding that today's tough regulatory climate is hindering their community businesses.

How can you get involved?

Visit saveourstores.ca and click on the JOIN US button to learn more about the campaign and lend your support.