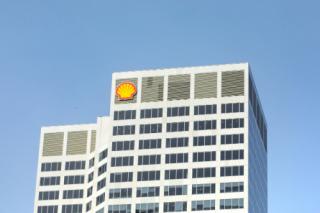 CALGARY - After announcing its purchase of 56 gas stations from the parent company of Sobeys Thursday, Shell Canada is on the lookout for other potential acquisitions as it seeks to grow its retail fuel footprint across the country.

"If there's other sites and other networks that are a good fit not only for the Shell mobility business but our integrated business, we certainly are looking at those.''

Martin said the deal aligns with Shell plc's global push to expand its retail fuel network in preparation for the coming energy transition.

"We are expanding our footprint, and that not only allows us to meet the needs of customers and motorists in Canada today, but also gives us a great opportunity to expand additional fuel offerings and low-carbon fuel offerings in the future in these locations,'' he said.

Martin said Shell is forecasting gasoline demand will decline over the long term in favour of cleaner-burning fuels and electric vehicles.

The company believes it can hedge against those losses by not only preparing to someday offer motorists hydrogen-based and renewable fuel products, but also by enhancing its convenience store offerings so that drivers who stop to charge their EVs will spend more on food and other items.

It's the same strategy other major fuel retailers are banking on. Parkland Corp. announced earlier this month that it will install 50 ultra-fast charging stations across its Chevron and On The Run retail portfolio in B.C. and Alberta.

Like Shell, Parkland is also investing in customer experience, betting that EV drivers will spend money on food and retail items while they wait for their car to charge.

Suncor Energy has also announced it is targeting EV charging as part of a larger plan to boost revenue from its Petro-Canada retail network, and to offset anticipated lower gasoline sales in the future.

Earlier this year, Suncor indicated it was considering selling off Petro-Canada. But the company said in November that a strategic review had concluded Suncor's best bet would be to retain and "maximize'' the chain by investing in partnerships in non-fuel related businesses such as quick-serve restaurants, convenience stores and loyalty partnerships.

Suncor also said it had concluded it was unlikely to find a buyer willing to acquire the entire chain, or to pay the ``premium valuation'' the company believes its retail chain is worth.

On Thursday, Martin said Shell did have some early interest in Petro-Canada, but discussions never advanced.

"The Petro-Canada network is very strong, so certainly there would have been interest in some of those assets. There's no doubt about that,'' he said. ``But we didn't get to the point of any in-depth engagement.''

When it comes to the newly acquired Empire locations, Martin said, Shell's immediate focus will be updating the branding at the gas stations and ensuring they meet Shell standards. But he said the company will also be assessing all of the new sites for potential upgrades and enhancements.

Martin added that because Shell has a strong presence in Europe, where EV adoption has occurred faster than in North America, the company has a strong sense of what the fuel station of the future will look like.

"Having a very compelling retail offering is important . . . so things like strong Wi-Fi offerings, good coffee, areas where customers can spend time in the store,'' Martin said.

"We also do see just pure EV hubs in the future. I think we'll start to see those pop up in Canada in the near future. We see those in Europe, and that will be part of the mobility landscape for us as well.''

The move comes as Empire Co. Ltd. shared new details on a cyberattack that shut down its pharmacy services and other in-store functions last month. The cybersecurity event is expected to cost $25 million after insurance recoveries, Empire said Thursday.

“In reviewing our portfolio, we determined that our fuel business in the West —which does not have a meaningful convenience store business — is not core to our offering,” says Michael Medline, president and CEO of Empire and Sobeys

“This sale allows us to realize the value of these assets while continuing to benefit from the foot traffic generated by these sites. Shell is a good partner and through their investment in these sites we expect to see increased benefits to both their business and our nearby grocery stores.”

- with files from Michelle Warren