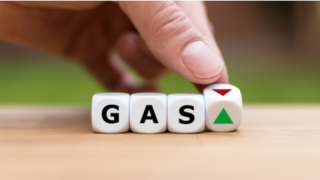 Gas prices in Canada are continuing to smash records, setting the stage for potentially lasting consequences on everything from the cost of goods to consumer behaviour.

The price of a litre of gasoline jumped to an eye-watering $2.22 cents per litre in Vancouver on Monday as prices at pumps across the country trended up to start the week.

This is because higher fuel prices have a knock-on effect throughout the economy, pushing up prices for other goods and hurting consumer sentiment, they say.

"Higher gas prices have a cascading effect on all sectors of the economy,'' said Sohaib Shahid, economic innovation director at the Conference Board of Canada. "When gas prices go up, prices for all kinds of goods go up because the things we buy in our everyday lives need to be produced and shipped, and that requires energy consumption.''

The result is a kind of inflationary domino effect, with climbing gas prices raising shipping costs and higher shipping costs hiking the price of goods.

Still, some point to high gas prices in Europe - long much higher than in North America - and suggest prices here are simply finally catching up.

"Our public transportation infrastructure is lagging and that's part of the reason people are so attached to their cars.''

Higher gas prices also have a greater impact on shipping costs and the final price of goods in Canada compared with more densely populated countries, he said.

"The entire transportation network here is over larger distances relatively and therefore a bigger part of every item we buy in retail stores is related to shipping costs and to the cost of gas,'' Baron said.

Meanwhile, some argue higher prices at the pump are a good way to spur investment in green energy and electric vehicles.

Yet those hardest hit by high gas prices are low-income Canadians, who tend to spend a larger portion of their income on transportation, he said.

They're also less likely to be able to afford an electric vehicle to help alleviate higher gas prices, Shahid said.

"The people who can afford to buy (electrical vehicles) are also those who are least hit by higher gas prices,'' he said.

Moreover, high prices can also in fact spur investment in oil and gas.

"Whenever prices have gone up historically, energy companies have produced more oil and more gas to cash in on the higher prices,'' Shahid said.

Russia's attack on Ukraine is largely blamed for pushing up oil prices. Multiple countries - including Canada - have banned the import of Russian oil, creating a supply crunch.

As China emerges from COVID-19 lockdowns and worldwide demand for oil continues to increase as pandemic restrictions wane, prices could worsen, Shahid said.

"I don't think higher gas prices will resolve quickly,'' he said. "I don't see any major factor bringing prices down.''

Two-thirds of Canadian drivers who responded to a Leger poll in April said they will be staying closer to home this summer.

The survey on behalf of the Tire and Rubber Association of Canada found 66% of drivers said fuel prices will force them to cancel or limit road trips this summer. Among young drivers aged 18 to 24 that number climbed to 75%.

"When prices go up, people want to hold on to their money,'' Shahid said. "When they hold back on spending, that has an impact on production and on economic growth, which also results in weaker GDP growth.''