Grab and go took on new meaning for staffers at Real Canadian Superstores in Winnipeg, who until last December were witnessing shoplifting events several times per shift, with thieves leaving stores with items like electronics, meat and Tide pods. So says Jeff Traeger, president of United Food and Commercial Workers union (UFCW Canada) Local 832, which represents employees at all Loblaw and Sobeys banners in Manitoba.

Shoplifting was at “crisis levels,” he says, and only when Loblaw started hiring off-duty police officers in its stores in the city did the problem decline. But, he says, that’s only a temporary solution that sends shoplifters to stores without a police presence. (By press time Loblaw had not responded to requests for comment.)

Traeger blames poverty, homelessness, unaddressed mental health issues and an addiction crisis (primarily crystal meth) in Winnipeg for contributing to the theft problem. “The challenges in retail are social challenges (that) can’t be solved through increased use of security or policing.”

In response to the concerns around theft and safety in Manitoba, the Retail Council of Canada (RCC) organized a roundtable in late January, bringing together government, businesses and law enforcement to come up with ways to combat rising theft in the province.

Retail theft, of course, is not a problem unique to Manitoba. The RCC estimates Canadian retailers lose $7.8 billion a year to shoplifters. (A breakdown is not provided for grocery stores.) “We need to improve information sharing to understand what’s happening,” Michael Coladipietro, director of risk management at Longo’s, says of the roundtable. Fortunately, “collectively there’s more willingness now to share information than there ever has been.”

Coladipietro says theft in the grocery industry is a growing concern. “We’re seeing an increase in theft activity for a variety of reasons,” he says. In Ontario, the introduction of sales of beer and wine in grocery stores has contributed to the problem, he says, as have higher prices and a growth in stolen products that are resold in the black market. At Longo’s, popular items for theft include meat and cheese, razors, alcohol, over-the-counter drugs, probiotics and baby formula, the latter of which is largely driven by organized retail crime.

Moraca adds that the federation has been asking retailers for the last 25 years what constitutes their largest cause of shrinkage. For the first 21 years, the answer was unscrupulous employees, but in the last four years organized retail crime has taken over.

There’s also been an increase in violence. Years ago, groups of shoplifters would grab multiple items off the shelf and run out the door, Moraca says. “Now, these criminals are pushing people to the ground, they’re punching our associates, they are using stun guns, mace and in some cases, unfortunately, in the last few years we’ve had one or two homicides.” In part, he blames the opioid epidemic for the increase, as it has forced people who can’t hold a job to turn to shoplifting. “You don’t need any special training to commit crimes in retail. You just have to be able to run into the store, grab the stuff and run out and then have a place to fence it.”

To combat the issue, Moraca says a growing number of organized retail crime associations (ORCAs) are being formed in the United States, comprised of retailers, law enforcement and prosecutors.

The ever-increasing variety of items carried by grocers has allowed them to be “one-stop shopping for thieves,” adds Michael Arntfield, a former police officer who teaches literary criminology at Western University in London, Ont.

Compounding the problem, he adds, is that the vast majority of loss prevention investigators are outsourced from outside agencies that don’t know the retailers or their employees. The system “is more cost-effective, but not as effective in terms of asset recovery and prevention.”

Another problem is that most shoplifters are not prosecuted under the criminal code, says Stephen O’Keefe, a consultant at Bottom Line Matters in Georgetown, Ont., who advises retailers on their loss management risks.

One tactic retailers are employing is to sue certain shoplifters, which can serve as more of a deterrence than going through the criminal system. The shoplifters are held accountable not only for the cost of the goods but also the retailers’ administrative costs. “That has been a shock to people who think they’re getting off scot-free,” O’Keefe says.

Among individual shoplifters, “reusable bags are a huge issue,” says Christy McMullen, co-owner of Summerhill Market in Toronto. “We have to put up signage that customers cannot use their own bags while shopping. We have found people fill up their bags and then just walk out.” 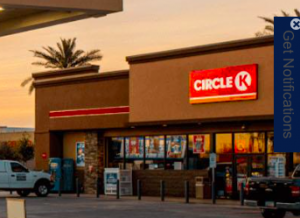 At Circle K, a big portion of shoplifting is youth-related, says Sean Sportun, manager, security and loss prevention at Circle K, Central Canada division in Toronto. “When we start seeing a spike in theft in some stores and it’s usually because there’s a school nearby, (we’ll) reach out to the local police, talk to the school officers and meet the school faculty.”

Circle K has found some success with its positive ticketing program, in which police officers distribute coupons for free drinks at the convenience store to youth who are doing positive things in the community. “It breaks the barriers between police and youth.”

The use of social media as a crime prevention tool has also been effective, Sportun says. Working with law enforcement and Crime Stoppers, images of suspected Circle K shoplifters are posted on social media, and people with information are asked to call the police or Crime Stoppers. “We’ve seen up to an 89% success rate (in Ontario) for the posts that we’ve put on social media.” Similarly, in the Greater Toronto Area, Longo’s has partnered with Halton Regional Police’s Retail COP (Cameras on Patrol) program, which uploads images and descriptions of shoplifting suspects to a police-operated site.

When it comes to preventing shoplifting, the solution lies in “creating a number of layers of security that deter, detect and delay theft,” Coladipietro says.

While Longo’s is looking into AI (artificial intelligence) technology that would provide alerts when known shoplifting suspects arrive in stores, Coladipietro notes “99% of the people coming into our stores are good honest shoppers. I would much rather put the effort into having them enjoy the experience.”