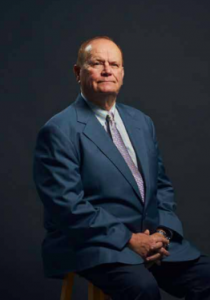 As CEO of the Ontario Convenience Stores Association, which represents more than 7,500 stores, Dave Bryans is a driving force in the quest to sell beer and wine in the province’s corner stores. Convenience Store News Canada caught up with the industry veteran to talk about what he sees as the biggest change and opportunity shaping the convenience sector in Ontario.

"We’re losing five convenience stores a week, but we’re about to experience a whole new world of opportunity with the provincial government’s approval of beer and wine."

DB: There are different ways of alcohol being sold across the country, but this will be more like the Quebec model where eventually every convenience store in Ontario will be able to sell beer, local craft beers and, of course, wines. Think of the millions of people that are standing in line in the Beer Store or LCBO; they will soon be standing in convenience stores and have the opportunity to buy all types of impulse items, from chips to new products to lottery and more—it will open up a whole new world of traffic. In Quebec, beer represents about 15% of total sales, but also influences about 30% of impulse sales.

How can the industry adapt to take advantage of these opportunities?

DB: We need everybody to stay focused and work together to ensure that beer and wine ends up in every convenience store. We’ve been waiting since 1987 for this and finally it looks like it’s going to go through. But it’s still going to take the support of the retailers, the convenience sector and the manufacturers.

What needs to happen to make this work?

DB: A few things. One is distribution: How do we get smaller loads of beer, wine and cider to convenience stores? We’re trying to work with full-service wholesalers and convince the government that this might be the route to go. Add it to regular delivery load—instead of letting the Beer Stores or the LCBO make those deliveries exclusively at a higher cost—because we have thousands of communities in Ontario that have to be covered. If we want strong and vibrant wholesalers, we need to push to have them carry the beer as well. They do that in England, Ireland and Scotland.

There are a lot of unanswered questions about the rollout: Which stores get it first?

DB: I believe the Conservative government is leaning towards key independents because they’re a small-business minded government.

How does a retailer prepare for and manage this?

DB: We have to talk about everything from what the cooler is going to look like to category training. A lot of people think it’s moving the Coke over and sticking Coors in the cooler. It’s not that simple—there are many steps. The OCSA has had discussions with the federal government on the allocation of the promised $1.2 billion of grant money for small businesses—with refrigeration grants covering up to 50% of costs, it will allow us to expand our cold vault to accommodate future beer sales, while not unbalancing our total beverage category.

This will require a major overhaul to make way for new products.

DB: Everyone’s going to have to look at their store and say, “How do we rationalize products we don’t need?” The centre of the store is very expensive real estate that probably represents 10% to 15% of the total sales—most sales either come from the cold vault, the lottery terminal or the front counter with its impulse purchases. The rest is sort of fill in, so how do we look at the store of the future? What do you merchandise next to the beer? And how do you get your impulse items rearranged in your store to create sales opportunities? If you look at the well-run disciplined chains like 7-Eleven, they already have a nice foodservice programme. Maybe independent convenience stores will be able to get enough capital by having beer to actually do that too.

What else must be in place for this to work?

DB: Certification and training. How are we going to train 78,000 people to handle alcohol and build confidence that we can do it as well as we do with the tobacco file? We’re working quietly with the government on a programme called Smart Age and we’ll be able to tell more about it as it moves forward.

What are the biggest concerns from independents?

DB: How it will look. We’re working with the Ontario Craft Brewers and with the local wineries to start educating retailers on what to expect. Craft beer is the lead on this: There seems to be a real movement in Ontario, especially with Millennials, to craft beer. And that's what our channel desperately needs, the next generation of shoppers.

What are you doing to ensure smaller operators can compete against the big players?

DB: We have a recommendation in to ensure that everybody adheres to a minimum price structure, not a maximum, a minimum. So that will not allow for predatory pricing by big chains, or by big brewers. Convenience stores will never be able to sell beer if everybody is under pricing them. So we’re saying to the government, “You should have some type of responsibility when it comes to minimum pricing.”

And the timeline—how do you see this playing out?

DB: I hope we’ll get the ribbon cut by late fall or early next year for the first wave of stores and then we’ll be able to announce some type of larger rollout, perhaps 500 c-stores.
This interview originally appeared in the September/October issue of CSNC.