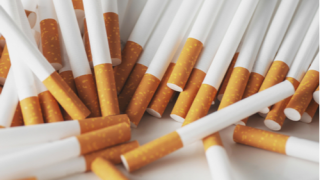 In what the province says is the largest seizure from a single person in  Manitoba's history, several other people, as well as the three c-stores, are facing charges, according to reports from the CBC.

A news release from the province explains that the arrests come on the wake of a a smuggling investigation led by the special investigations unit of Manitoba Finance's compliance and enforcement division, with help from police in Winnipeg, Quebec and Ontario.

Dubbed "Project Shrek," the investigation led to the confiscation of more than 3.4 million cigarettes, which included more than three million from one individual, and smaller quantities from other people.

Six adults face a variety of charges under the Tobacco Tax Act, the Tax Administration and Miscellaneous Taxes Act and the Criminal Code, as well as more than $4 million in financial tax penalties.

Individual fines under the tax acts range from $1,000 to $10,000 and up to six months in jail, as well as a potential triple tax penalty, the province says, adding that for further offences, penalties increase to fines of $10,000 to $50,000 and up to 12 months imprisonment, as well as a potential quadruple tax penalty. Businesses can have their tobacco licence suspended.

The individual were not named, according to CBC, however the reports says the convenience stores - Royal Supermarket on Wellington Avenue, Honey Convenience on Provencher Boulevard and Muncheez on Dufferin Avenue - are not only facing charges, but also had their retail tobacco licences suspended.

The counterfeit cigarettes represent more than $1 million in lost tobacco tax revenue to the province, according to the release.