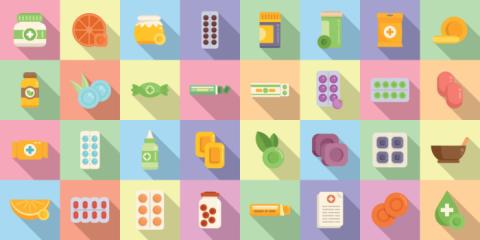 After more than two years of social distancing and widespread mask wearing, this year's cough, cold and flu season is shaping up to be a doozy.

The combination of COVID-19, RSV and the flu mean the 2022/2023 season is in full swing, causing shortages of OTC medications at pharmacies and other retailers.

Amid the pumped up demand for cough and cold medications and relief, there are opportunities for the convenience channel in the cough and cold category - if you have products.

With that in mind, c-stores are well positioned to meet an increased demand for throat lozenges: C&G accounts for almost $10 million in retail sales, worth approximately 13% of the total category.

Plus, for convenience and gas operators, the cough and cold category represents a valuable way to trigger impulse purchases and build incremental sales.

1. Spread the word. Do your customers a favour and use social media to let them know when you have high-demand products in stock.

3. Location matters. Customers often buy impulse, which means cough SKUs do well close to the cash, particularly the top shelf, where shoppers expect to find them.

4. Secondary displays. Strategically position items next to top-sellers, like water, coffee, tissue and other pharmacy-related items, including masks.

5. Bigger benefits. Tap into the latest nutrition trends, such as low or no sugar, with innovative SKUs and flavours.

6. Tried and true. Ensure best-selling brands and SKUs are always in stock in a variety of flavours and package types for wide appeal.

7. Leverage sales reps. Tap into their expertise and tools, from planograms and new product information to merchandising advice and POS materials.

In the meantime, Health Canada is assuring Canadians in remote and rural areas that they will soon have access to children's pain and fever medications now that more than one million bottles of product from outside the country will start to appear on pharmacy and retailer shelves this week.

The federal health agency has been working with manufacturers and retailers to make sure products are distributed "equitably'' and go where they are most needed.

Despite manufacturers ramping up production to record levels, demand has continued to increase and "significantly outpace'' the supply of children's acetaminophen and ibuprofen, Sharma said, leading Health Canada to allow access to foreign product to supplement the country's supply.

Three proposals to import and supply the pain and fever-reducing drugs have been approved by Health Canada. While it's encouraging, Sharma said, Health Canada continues to look for additional sources of foreign supplies of both acetaminophen and ibuprofen.

When Health Canada receives a proposal, the organization reviews it to ensure that the products have the same high quality and efficacy as what is normally available in Canada.

"We also need to ensure that people will have access to critical safety information in the official language of their 1/8choice 3/8. That includes information on ingredients, dosing, and potential side-effects,'' Sharma said.

Jackson said he hasn't received any informational materials or heard about how he'll be required to display them.

Pharmacies struggle with spike in demand

Loblaw Cos. Ltd. chairman and president Galen G. Weston last week reported a record number of cough and cold medication sales at the company's pharmacies, which include Shoppers Drug Mart and Pharmaprix.

He says the manufacturers of multinational and generic brands have had trouble keeping up with the spike in demand.

Weston says the "unusual pressure'' on the industry has led to shortages, leaving retailers with limited stock for some medications.

The company's pharmacy front store same-store sales, which include over-the-counter medication sales but not prescription drugs, increased by 10.7% in the quarter ended Oct. 8

Metro Inc., which runs pharmacies including Jean Coutu and Brunet, reported a 7.4% increase in pharmacy same-store sales in its latest quarter.