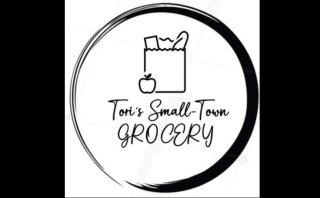 DOYLES -When Edwin ''Hockey'' Gale closed the doors to his grocery store, E. W. Gales, residents in the smaller communities in the Codroy Valley were left with a longer trip to get even the smallest of items.

But within a matter of months, Victoria Collier opened up her business in Hockey's old store and re-branded it as Tori's Small Town Grocery, offering a reprieve from the longer shopping trips and bringing back a sense of community back.

Collier has been open since January 5 and admitted it's been busy right from the start.

"It's been crazy. Very busy, and it's amazing how much support we've gotten in the past couple of weeks.''

Collier was born in Corner Brook, but was raised in the Codroy Valley since she was quite young, so she is very much a part of the community she is now serving. That was one of the reasons she knew she wanted to open her own grocery store to replace the one that was lost.

"The main thing is mostly that it would be more convenient for the Codroy Valley residents,'' said Collier. "Millville, Woodville, and Codroy residents, we would have to travel a half hour just to get gas or 20 minutes just to get groceries, so it was well needed here for sure.''

It may not sound like much, but it does make a difference in a smaller community.

"And for gas, we have 11 or more fishermen that depend on the gas for their work, so that was the main idea of wanting to open it.''

"It was devastating. A lot of people were very upset,'' said Collier. "Hockey closed his doors on his birthday actually, September 21, and I opened on (January) 5th, so around five months later.''

Until Tori got up and running, the community had to adapt quickly to the loss of their store.

"It was such a hassle. If anybody needed a can of something, you basically had to take an hour out of your day to go get that one thing. You needed to make sure you had absolutely everything when you went up river so you weren't short all the time. I know a lot of people who have forgotten their bags or their cards, and now they can pop home in five minutes and come back now, so it's awesome.''

It was a bit of a process, but Collier said it felt like her doors opened in no time.

"It took a couple of months for sure because of deadlines and forms. There were a lot of forms to fill out, but once the ball got rolling, time went by so quick that it happened pretty fast.''

There were only a few renovations that Collier did upon taking ownership of the store.

"I did make a huge storage room. I built inside the store where the hardware used to be. I had my uncle build walls up and make the storage room, so we had a spot to put extra beer, extra stock, stuff like that.''

The community seems to have embraced Tori's new store.

"It's been great. The staff have been amazing and I wouldn't have been able to get this far without them because they've been helping me too. A couple of them actually worked here with Hockey so they knew the ropes of what to do and what they brought in,'' said Collier. "People have been amazing, I've got to say. Every time someone comes in they tell me they're so glad I opened. It was crazy how much support they gave.''

While the store is in the same location, there are a few changes in what is carried on the shelves now.

"I mostly do groceries and a tiny bit of hardware. He (Hockey) had half the store completely hardware and I don't have anything like that. It's mainly a grocery store with gas,'' said Collier. "I know a lot of people were so used to what was here before that they were kind of shocked.''

Tori imports stock from other provinces and other parts of Newfoundland and Labrador. She will also stock requests if she can.

"But for the grocery part, everybody has been like, 'wow' because I am able to order from Nova Scotia, bringing in different products. There was one lady who couldn't get a certain type of pizza. She had to go to Stephenville or Corner Brook, but then I was able to bring it in and they were excited about that.''

Even though she has only been in business for two weeks, Collier already has plans and ideas for the coming seasons.

"I do plan on hopefully bringing in some new products in the summer, some fresh meats and stuff, but I want to wait and see how it goes. I'm hoping to keep my eye out for that.''

Collier is truly grateful for the support she has received from her staff and her customers.

"It wouldn't be this successful if it wasn't for them because they are the ones who stopped in to shop. They could have easily gone up river, gone to Port aux Basques, continued doing what they were doing because people adjust to change pretty quickly, but I just want to say a huge thank you to them.'' 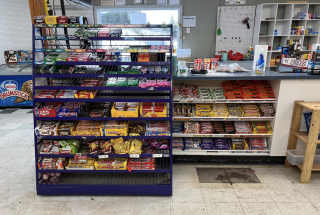