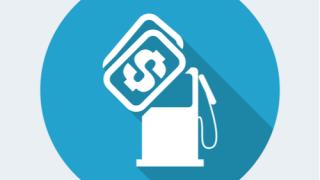 VANCOUVER - Gas prices in Vancouver hit a new high of more than $2.39 a litre at some stations Thursday, blowing past the previous peak set this summer.

One gas analyst said that's a new all-time record for North America, and expects prices to continue to rise this week.

Dan McTeague, president of Canadians for Affordable Energy, said prices passed the previous record of nearly $2.37 a litre, set in Vancouver in June, due to the temporary shutdown of refineries in the U.S. Pacific Northwest and California.

"I don't see the all-clear light at the end of the tunnel just yet. It's going to happen and when it does it will be a dramatic drop, probably about 20 cents a litre, not in one fell swoop but very close to that over two or three days,'' he said.

Gas prices jumped overnight across Canada by almost 20 cents in some places.

McTeague said no one could have predicted gas prices increasing at the speed they have over the past several days.

"The bottom line is that there's not enough supply out there and however we got here, we're going to have to spend a bit more time trying to figure this out because this is the kind of things that bring economies to a standstill,'' he said.

According to the CAA's price tracker, gas is up nationally by just over three cents on average at $1.58 per litre, with some provinces seeing higher jumps than others.

The CAA says the average gas price across Vancouver was $2.32 on Thursday.