Looks like we all need to drink less alcohol. Last fall, the Canadian Centre on Substance Use and Addiction (CCSA), a national organization that provides information and advice on substance use and addiction, shared recommendations that we should all drink no more than one or two alcoholic beverages per week. We just learned that these are now Canada’s official guidelines.

It's unclear whether Canadians would appreciate such labels, but when looking at the scientific literature and the links between alcohol consumption and cancer, the findings in recent years are overwhelming. The evidence that alcohol causes seven types of cancer is now incredibly strong. Numerous studies from all over the world can easily be found and many of them aren’t even cited by the CCSA. Some articles claim that current estimates suggest that alcohol-attributable cancers make up 5.8% of all cancer deaths globally.

These studies, coupled with the CCSA’s recommendations, will likely be received by many Canadians with great skepticism. After all, we are living longer, and many seniors drink regularly and responsibly without experiencing any health issues. Alcohol has been around for a very, very long time. Historians claim that fermented beverages existed in early Egyptian civilization. Some archives also suggest alcohol was drunk by the Chinese over 9,000 years ago. Intuitively, it’s hard to understand why anyone would put alcohol in the penalty box, as we did with cigarettes or other such harmful products in our lives. Besides alcohol, other substances and factors can cause cancer, as put forth by multiple studies. But the risks have now been demonstrated scientifically.

Science is not an absolute. Nonetheless, over the years, research has led to more compelling, undeniable support for more judicious policies around drinking.

But the CCSA’s scientific evaluation is far from perfect. For one, a number of studies still show the benefits of moderate consumption when considering all the causes of mortality in determining health risks. In other words, drinking may not be the main cause of death, even for a regular consumer of alcohol. These studies are mentioned in the report, but barely in passing.

Another of the CCSA’s most significant oversights is its evaluation of the social and cultural aspects of drinking. Alcohol is very much part of many celebrations, leisure events, holidays, vacations, end-of-day routines, and more. The CCSA dismissed all research which looked at the social value of alcohol, believing none of it was worthy of scientific consideration. Perhaps overlooking such an important piece of behavioural science will only make more Canadians unconvinced. This is a research area which requires more attention, and many Canadians would likely concur.

Socialising alcohol doesn’t just have its bright side, though. Undesirable social problems are obvious as well, including mental and physical ailments, and incidences of abuse, sexual and domestic violence, harassment and so forth. Alcohol is often part of our society’s darker side. The CCSA’s recommendations point to an opportunity for Canadians to have a deeper, better understanding of our relationship with alcohol. We need to be open and honest with ourselves while appreciating the fact that enjoying our favourite alcoholic beverage responsibly, in moderation, remains the most balanced policy.

But there is hope. If we can make chicken meat in the laboratory, we can certainly make synthetic non-cancer causing alcohol. In fact, GABA Labs, based in the U.K., has already launched a product called Sentia, which mimics the effects of alcohol, but doesn’t cause a hangover or long-term health consequences. Many expect the science to be perfected and commercially available in many outlets within five years. Quite promising. Still, our beverage industry has done wonders for Canadians and will undoubtedly continue to innovate and offer great products for all to enjoy.

Food science can come to the rescue and help many Canadians lead better, healthier lifestyles. But in the meantime, the CCSA’s report is likely a difficult message for Canadians to swallow. 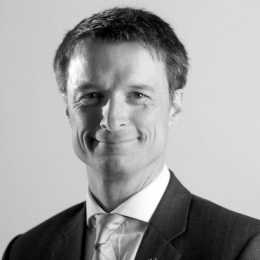 Sylvain Charlebois is professor in food distribution policy and senior director/AGRI-Food Analytics Lab at Dalhousie University. He is the author of "The Food Processor" blog series for Canadian Grocer.