In early January, Big Dog Convenience lost one of its best employees who had worked as an evening cashier. “She got an offer for an office job getting paid more than we can even pay our managers and a four-figure signing bonus,” says Ramona Roberts, owner and operator of the five-location chain in P.E.I. “When it comes to cashiers, giving them signing bonuses in the thousands of dollars is tough, financially, to do. However, that is the level at which we’re competing for workers even in a small market like ours.”

Roberts, who has had to cover shifts she normally wouldn’t amid the staffing shortage, concludes, “The competition for people is unlike anything I’ve ever seen before.”

Coast to coast, good help is in short supply amid the economy having opened back up and falling unemployment.

According to Statistics Canada’s Job Vacancy and Wage Survey, the number of job vacancies in Canada reached an all-time high of 912,600 in the third quarter of 2021, 62.1% higher than the same quarter two years earlier. Five sectors accounted for two-thirds (67.6%) of the increase—food service and retail trade, among them.

Many c-store operators report being short-staffed because of the labour squeeze. And they’ve also gone through periods of reduced headcount as Omicron, the highly transmissible COVID-19 variant, sidelined staff. Media reports even surfaced of grocery stores in urban centres being forced to close for a day or more because of a lack of able employees.

In the early days of Omicron Little Short Stop Stores, which has 30 locations across Cambridge, Guelph, Kitchener and Waterloo in southwestern Ontario, “had two stores with a positive case,” recalls Robbie Mulder, district manager of the family-run chain. “That might not sound like a lot but when that happens it knocks five or six other employees out because they crossed shifts with that individual, and all had to isolate.”

Fortunately, she says, “we were able to take care of those stores in the interim with employees from other locations and, being a family-run business, we had members of our families step up and come in and help, too.”

Parkland saw On the Run/Marché Express franchisees, who typically own more than one location, share staff because of Omicron infections. “We saw stores who are not part of the same team work together and share resources to make sure places could stay open,” says Alison Manning, VP, people and culture, Canada, for Parkland, which has about 2,000 c-store and retail gas locations nationwide.

Single-store independents have also faced challenges. Ure’s Country Kitchen in Harrow, Ont. has a c-store, restaurant and mini golf course all part of its operations, and every time government restrictions forced the closure of indoor dining, it was forced to lay off staff. “We’ve been very lucky because after the first round of layoffs all of our staff, except for one who had found another job, returned,” says Laurie Ure, co-owner, with her husband Randy, of Ure’s Country Kitchen.

It’s clear the ability for the c-store industry to attract and retain employees has become mission critical. Here’s our guide to how convenience and gas retailers are navigating the challenges of today’s labour market.

6 ways to become a place where people want to work

It seems every service-based establishment needs more staff, and there aren’t enough job seekers to meet the demand. Here are how c-stores can compete and strategies for them to improve their employer brand.

Pay more than minimum wage as a starting salary

Do so not just to stay competitive but to recognize the job description has changed. Cashiers need to be IT-savvy to handle current payment and virtual order systems, while also having to control crowds and enforce mask-wearing. “It is not a low-skill position anymore,” says Ramona Roberts, owner and operator of Big Dog Convenience. “They have to be numerate and literate, and the ask on them is ever-increasing. They should be compensated for that with a starting salary above minimum wage.”

While it may be cost-prohibitive for c-stores to offer a signing or referral bonus, they can give other incentives. Think an employee discount on products, or offering staff a stipend, like $100 per month, towards in-store purchases. “These things don’t cost a lot, but can go a long way to attracting and retaining talent,” says Lisa Hutcheson, a retail consultant at J.C. Williams Group. “And stores should be upfront about the incentives they offer in their recruiting practices.”

Job seekers, especially youth and young adults, like to work at places with buzz and that they’d be happy to tell their friends about.  If you have a social media presence, “tout yourself as a great employer,” says Hutcheson. “Talk about your store and what is fun and cool about it. C-stores haven’t traditionally been thought of as exciting places to work, but I am seeing more independent stores with unique features, and they should highlight them.”

It can be difficult to build a sense of community and rapport between store-level staff when they might only see each other while passing between shifts. Use social media. 7-Eleven Canada has an “internal Facebook page that allows employees to share stories, best practices and make other comments,” says vice-president and general manager Norman Hower. “We also seek to engage them to share feedback on what’s working and have them ask questions of our senior leadership team through this platform.”

A group of employees and managers at Little Short Stop Stores, meanwhile, have a group chat on WhatsApp. “Everyone gets a message delivered at the same time, which would have been unheard of for us to do in the past. It has proven really beneficial for team communication,” says Robbie Mulder, district manager for Little Short Stop Stores.

Open the lines of communication, and you’ll find staff have great ideas to improve the employee or customer experience. But just don’t listen, also act on the suggestions you can. “It makes them feel part of the team when you involve everyone in problem-solving,” says Laurie Ure, co-owner and manager of Ure’s Country Kitchen.

“The key to retaining staff is treating them with respect and letting them contribute.” Alison Manning, VP, people and culture, Canada, for Parkland, says, “Our retailers provide staff with development opportunities, such as by creating different tiers of employment, so staff can see a pathway to moving up, including even to supervisor.”

When Laurie Ure and her husband Randy decided to take a vacation from work for the first time at the end of last year, they asked one of their young employees who had been with them for three-and-a-half years if she would like to help manage the store. She jumped at the opportunity, as she “wants to be a Canadian Border Services officer and this would be a great example if she were to be asked in an interview of a time when she stepped up and took on extra responsibility.” Ure gave this staffer a $1 per hour raise, on top of one she had already earned in the summer, for taking on the extra responsibility. 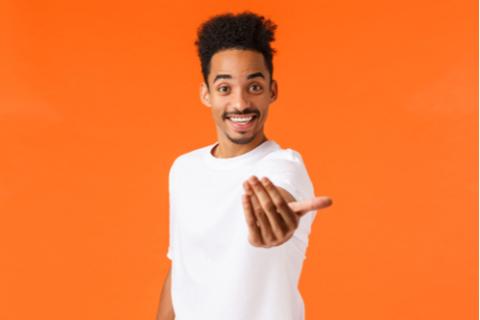 C-stores turn to colleges and universities for talent

With the labour shortage in the service sector and high turnover in c-stores, operators both large and small are tapping post-secondary institutions and building a pipeline for talent.

Through word of mouth, Little Short Stop Stores in southwestern Ontario has been attracting international students in the business program at Conestoga College over the past few years.

“We typically get a number of students for 10 months, then they graduate, and we hire a new set of international students for another 10 months,” says Mulder, district manager for the family-owned chain.  “It has been really beneficial for us. We’ve developed some of these students into full-time assistant managers and even managers.”

Hower says 7-Eleven “is consistently looking for ways to innovate in our hiring.” To that end, he says “we are building relationships with our local colleges and universities, offering opportunities for students looking to gain retail and business experience.

“7-Eleven Canada is in the early stages of developing internship programs to improve the communities we operate in, while growing awareness of our business. These internships are focussed on creating opportunities for students who work in business management and administration, as well as other disciplines, where we can add value and learning experiences.”

The program aims to create 100,000 summer job opportunities for youth and young adults between 15- and 30-years old, including with private companies of 50 or fewer full-time staff. Employers selected for the program cover 50% of the pay for these jobs; the government covers the rest.

“If minimum wage is $15 per hour, you are getting that young person in the job for only $7.50 per hour,” says Hutcheson, noting the jobs created need to provide a quality experience and improve young people’s skills. “You could create a position that includes being at cash, but also doing social media to help build brand awareness for the store or assisting with supply chain management.”

It’s too late to apply for the program for this summer, but circle January in your calendar: that is when Applications to Canada Summer Jobs are usually due.

Technological advances can be a double-edged sword. Delivery apps, for instance, have created an exciting new revenue stream for c-stores, putting customers in—or should we “out of”—the driver’s seat, by enabling them to order products from the comfort of their home, delivered right to their door.

But the apps can be a juggling act for frontline staff. With many stores listed on not one but multiple apps, employees are having to monitor different dashboards while helping customers in store.

7-Eleven Canada has found a solution to that problem with its delivery app 7Now, launched last June, without limiting reach and sales generated by other apps.

“Our 7Now delivery hardware devices serve as a consolidator for our marketplace providers such as DoorDash and Uber Eats,” says Hower. “This removes complexity by reducing the number of tablets we need to keep in stores and provides a seamless and consistent way to fulfill customer orders fast. As we grow new delivery partners in the future, our 7Now Delivery proprietary hardware will keep things simple and straightforward for our team members.”

In November, 7-Eleven Canada also launched mobile checkout and it has taken some pressure off staff and all that they have to do.

According to Hower, “this new innovation is the first time this proprietary technology has been rolled out on this scale” in c-stores. “Not only does this meet the ever-changing customer preferences, but it also cuts down physical lineups, allowing our staff to tend to other needs around the store,” he says.

Training around these tech innovations was rolled out to both new and existing store-level employees. “This training has been brought up right to our leadership teams so that they can see and understand the tech firsthand,” adds Hower.

This series originally appeared in the March/April 2022 People Issue of Convenience Store News Canada. To get first access to the latest news, information and resources, sign up to have the magazine delivered directly to your mailbox or your in-box six times a year.