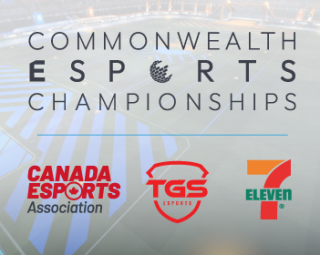 7-Eleven Canada and TGS Esports are teaming up with the Canada Esports Association to select Rocket League players to represent Canada at the inaugural Commonwealth Esports Championships.

The Championships will feature esports athletes from across the Commonwealth. One feature title is Rocket League with teams of three competing in an Open category and a Women’s category.

The National Qualifier for the Rocket League Open category was held April 30-May 1 at the 7-Eleven $8K Open. St. Clair Saints were the top placing Canadian team and will represent Canada in Birmingham with a roster featuring Josh ‘Comp’ Byrne, Ben ‘Spoods’ Talbot, Josh ‘Jay’ Podruzny, and Bailey ‘Nitryx’ Lamont.

“Canada Esports Association is excited to be working with TGS Esports for the team selection, and to be sanctioning of the 7-Eleven Rocket League Open Tournament as Canada’s National Qualifier for the inaugural Commonwealth Esports Championships,” said Jay Balmer, ED of Canada Esports “The Championships are a great opportunity to showcase esports, and it is part of the larger movement to include esports at more international multi-sport events. We can all look forward to seeing esports athletes representing Canada at future sports events.”

“7-Eleven Canada is excited to see esports reach a global stage at the Commonwealth Games 2022,” says Norman Hower, VP & GM of 7-Eleven Canada. “We have been a big supporter of the esports community for years and it truly is an honour to have the National Rocket League Open team selected at our tournament.”

"TGS has been working with Canada Esports since it's inception. We are firm believers in their vision and are excited to support them in putting together the rosters for the inaugural Commonwealth Esports Championships," said Spiro Khouri, CEO of TGS "The CEC is a massive opportunity for our industry. An international event of this scale is phenomenal and we at TGS are very excited to be a part of it."

Based in Irving, Texas, 7-Eleven operates, franchises, and/or licenses in more than 77,000 stores in 19 countries, including nearly 16,000 in North America.