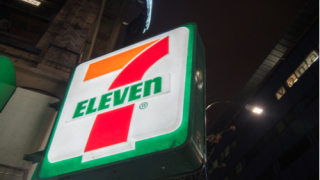 7-Eleven is a beacon of hope for Seven & i Holdings.

In the wake of pressure from activist investors, Japanese retailer Seven & I Holdings Co. is making changes with the nomination of a former executive of Uber Technologies Inc. to join its board of directors.

Elizabeth Miin Meyerdirk is one of the founding members of Uber Eats, where she served as global head of business development from 2015 5o 2020, in addition to managing other e-commerce companies in the U.S.

"As the company continuously seeks to strengthen its governance structure in order to promote growth strategies as a global company, the company has resolved, in the Board of Directors meeting held today, to add a new outside director candidate," the company announced Tuesday, adding Meyerdirk "has a wide range of expertise and experience in areas such as DX (Digital Transformation) and marketing."

According to Forbes, "the move reflects the company’s desire to reorganize its business, which could even involve selling its struggling department store groups to focus on its convenience store chain, notably 7-Eleven operations in the U.S."

Founded in 1920, Seven & i Holdings Co. Ltd. is a Japanese diversified retail group with businesses that include convenience stores, department stores, supermarkets and financial services. Facing a shrinking domestic market, the company is turning its attention to overseas growth.

U.S.-based activist fund ValueAct Capital, which took a 4.4% stake in the company in spring 2021, since has been urging Seven & I to sell off underperforming assets and inject new talent in its board, ultimately putting a greater focus on the convenience sector: "It has pushed for the company to dispose of Japanese department store chains Sogo and Seibu, claiming in February that Seven & i could more than double its share price by focusing on its convenience stores."

Irving, Texas-based 7-Eleven operates, franchises and/or licenses more than 13,000 stores in Canada and the U.S.

Meyerdirk is expected to take on the new board upon approval at the Company’s 17th annual shareholders’ meeting to be held on May 26.