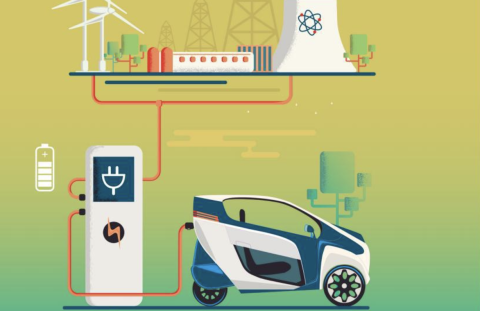 The tides are changing fast regarding fossil fuels. Consider upfront that jurisdictions in the U.S., such as Sonoma County in California will no longer allow new gas stations to be built. Other areas are looking hard at this idea. By 2035 Canadian vehicle sales will no longer include cars and trucks that burn gasoline or diesel. The thinking is that alternative energies such as hydrogen and electricity will curb our carbon footprint and power fleets and private vehicles. Government, the public, and fuel retailers are already making the switch.

The Canadian government is spending big money on this changeover. Already, the federal government has committed $96.4 million to create the Electric Vehicle and Alternative Fuel Infrastructure Deployment Initiative. This program is a multi-year effort (2016 to 2022) designed to establish a coast-to-coast network of fast-charging stations along our highways, natural gas refuelling stations along key freight corridors and hydrogen refuelling stations in major metropolitan areas. Further spending of $130 million will now support Canada’s mandatory zero-emission vehicle (ZEV) penetration targets of 100% new vehicle sales by 2035. Spending is for incremental funding to the Electric Vehicle and Alternative Fuel Infrastructure funding and to accelerate and densify infrastructure deployment. According to Natural Resources Canada (NRCan), the investments go beyond the national highway system and focus on EV level 2 charging at workplaces, commercial and multi-unit residential buildings, public places, on-street and projects for fleets. The Electric Vehicle and Alternative Fuel Infrastructure Deployment Initiative offers repayable contributions to support the construction of an electric vehicle (EV) fast charging, coast-to-coast network.

In Vancouver, Shell and Hydrogen Technology & Energy Corporation (HTEC) have built two hydrogen refuelling stations in the Greater Vancouver Area over the past couple of years in a move to reduce carbon footprints. Now, 7-Eleven, alongside ESSO, will be offering hydrogen fuelling at two sites of its own in the city, with a third coming to the Okanagan.

“The innovative hydrogen refuelling solutions we are building with HTEC continue to reduce our carbon footprint while meeting the evolving transportation needs of our customers,” says Norman Hower, vice-president & general manager, 7-Eleven Canada.

And, while 7-Eleven Canada is looking hard at hydrogen, others are taking the electric route. For example, Parkland recently announced it will sponsor a design competition to develop The Electric Fuelling Station of the Future. Run by Electric Autonomy Canada, the competition invites the architectural and design communities to envision ground-breaking concepts that may serve as a blueprint for future EV fuelling stations alongside integrated, value-added customer experiences.

The ‘Electric Fuelling Station of the Future’ is an ideas competition. Architects, designers, and cross-disciplinary practitioners are invited to reimagine the traditional fuelling station as a new roadside oasis for EV drivers, where travellers can rest, eat, recharge and more. The design proposals, presented by the finalists and winner, will be shared with architectural magazines and websites, and the top three entries will collect a total of $40,000 in prize money.

Barj Dhahan, through his Sandhurst Group business, operates a group of three fuelling sites in British Columbia. He is also a leading Tim Hortons franchisee with drive-thrus and restaurants partnering with his fuel retail businesses.  In 2018 he partnered with BC Hydro to place a fast charger at the Surrey location at 16815 96th Ave. He discovered an opportunity to drive business to his foodservice and convenience retail operations. “They came to me and told me there was not enough capacity in our region and asked if they could install a unit on my site. This installation cost me nothing, and there is no payback from the equipment. However, people charging cars come into the c-store and the Tim Hortons for the 20 minutes their cars are charging. For us, this means more sales in coffee, donuts and drinks.”

EV use has been ahead of hydrogen in equipment placement. Companies such as FLO (AddÉnergie), IVY (Ontario Power Generation and Hydro One), and Chargepoint are helping to grow the market through partnerships with key industry stakeholders. For example, FLO is working with GM. As part of GM’s Ultium Charge 360 program, EV customers will soon be able to easily see real-time charging information, find stations along a route, and initiate and pay for charging across EV charging networks directly through GM vehicle mobile apps. Chargepoint, a company with 115,000 chargers worldwide, just announced an agreement with Volvo Canada to provide fast charging for its XC40 customers.

Montreal-based Group Crevier (Parkland announced the acquisition of their Fuels Division in July 2021) has recently opened a $10-million MultiENERGIE service centre located just off Autoroute 20 in the west-end of Lévis, Que. The new service station offers six varieties of fuel for light and heavy vehicles. The location also offers four supercharger positions that can recharge electric vehicles 80% in just 20 minutes. The site also has five refuelling points for heavy vehicles that use diesel or run on one of the two kinds of natural gas (compressed and liquified gas) that the station has on offer. Looking to the future, underground tubing for hydrogen fuel was installed during the construction of the green-field site in 2019.

“This is all about investing in the future,” says Jean-Claude Clément, VP fuel for Crevier Group. “Service station networks need to be open to and ready to adapt to the new types of energy that are coming online so that we can develop and offer the right multi-fuel offer for our customers.”

Originally published in the November/December 2021 issue of OCTANE magazine.