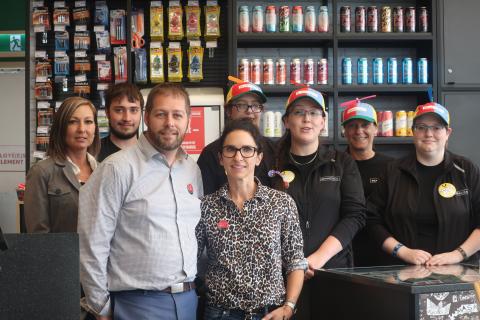 If there’s one thing Quebec entrepreneur Erick Beauséjour has learned in the 35 years he’s been involved with his family’s group of gasoline stations, convenience stores and car washes, it’s that quality and innovation pay big dividends.

“We always look for the best equipment and the latest technology,” says Beauséjour, who started out cleaning car tires and wiping rocker panels at his parents’ original car wash—an old rollover system with brushes—at age 13.

Now 48, he is at the helm of a burgeoning business that includes four gas/c-store locations (three with car washes), a fresh-food manufacturing facility and a new grocery store. The company employs more than 180 people in and around Val d’Or, a gold mining and forestry town 500 km northwest of Montreal.

According to Beauséjour, the acquisition and implementation of novel machines, systems and processes that provide top-quality services is a key to their success in a fast-paced retail environment.

“Whether it’s a car wash, client service or cleanliness; innovation and quality help us stand out from the competition,” he says.  “We use that same principle in everything we do.”

It’s been that way since 1971 when Beauséjour’s parents, Raymond and Colette, bought and operated a Shell-bannered, self-serve gas station with a two-bay garage (where Raymond worked as a mechanic) and a c-store under the Pinto brand just east of Val d’Or’s downtown core.  They quickly added the car wash where their son Erick would later work as a teenager.

“Taking over the family business wasn’t the plan,” he recalls.  “But sometimes the future holds surprises.”

In 1994, the family added a second location—a Shell station just west of the downtown on 3rd Avenue, the same cross-town road as the original store—where Beauséjour worked in every position, from cashier to manager. 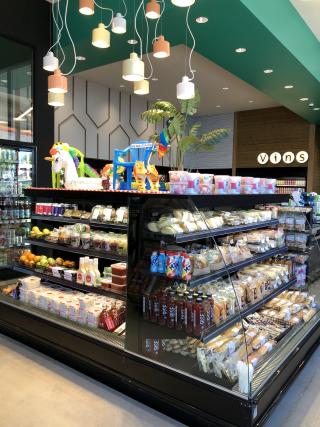 Over the next decade, the Beauséjours introduced several innovative products and services to the community. For example,  a kitchen was built to supply bread and ready-to-eat sub sandwiches, muffins and pastries to their c-stores.

In 1996 they opened their first touch-free car wash—a second-generation Mark VII system that was supplied by P. Sherman Quebec, which is now part of the car wash division of Fematics Canada, a Montreal maker of mechanical seals.

According to Beauséjour, the system was a first in Val d'Or.  “It put us in a position of leadership in the local market," he says.

Despite its avant-garde appeal, the second-generation Mark VII—a touch-free system that featured backlit icons for each cycle during the wash program that wowed customers—proved to be an operational challenge.

“Like the old rollover machines, it had lots of moving parts and lots of gearboxes, chains and rotating arms,” says Beauséjour. “It required a lot of maintenance."

In 2008, his family replaced the old Mark VII with a brand new PDQ G5 touchless car wash system supplied by Montreal-based De Castel, a leader in vehicle cleaning systems and equipment in Eastern Canada. The following year they bought and installed the same machine from the same supplier to their original store.

“The G5 was the Cadillac of car washes at that time,” says Beauséjour.  “We always look for the best, and at the time, the G5 was the best in the market." 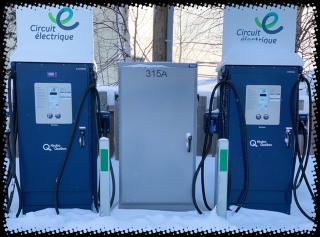 In 2014  the Beauséjours bought a third gas station on the outskirts of Val d'Or, on a site they revamped into a welcoming roadside stop. They developed the site adding electric charging stations, swings and picnic tables. That same year they added a four-bay manual wash to their 3rd Ave. location. The system, supplied by De Castel, has proven to be ideal for heavy vehicles, and the dedicated dog wash has made the business a destination for pet owners.

“We saw a need for those services, and we were right—they proved very popular,” says Beauséjour, who now runs the business with wife and partner Caroline Blouin, who does the group’s marketing. “Our goals are to always satisfy the needs of the customer, offer convenience, and to stand out from the competition.”

That same philosophy was the impetus for the decision this year to replace the PDQ G5 at their second store with a new Laser 360 from De Castel.

“It’s important to remain competitive,” Beauséjour says about the new equipment, which cost north of $250,000 and went into operation in October.  “It’s a long-term ROI, but it’s worth it because it helps us to continue raising the standards of our offer and services.”

The family added a fourth gas station to the group in 2019. A Shell-branded operation located an hour west of Val d’Or in Rouyn-Noranda, the non-car wash site offers a wide range of foods and innovative features; including what may be one of the first self-checkout machines in a c-store in Quebec.

“The location of a site is critical,” says Beauséjour, who in December acquired an IGA in Val d’Or.  “But each market has its own reality.  You have to make sure you’re in tune with whatever that reality is.”