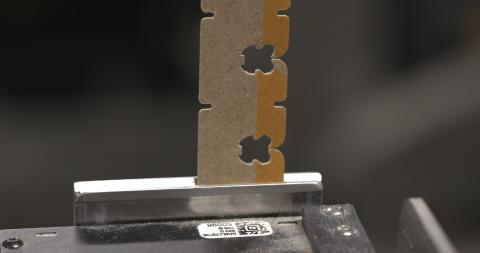 Bimbo Canada is rolling out new cardboard bread bag clips at its commercial bakery in New Brunswick which it says makes it the first national bakery in North America to introduce compostable clips.

The Toronto-based company says it is transitioning from plastic tags to compostable clips on all bread products starting at the Moncton bakery.

Bimbo Canada, which sells bread under various brand names including Dempster's, Villaggio, Ben's and Stonemill, says it expects it will fully phase out plastic tags at all its bakeries across Canada by the end of June.

The company says the switch to cardboard clips will reduce its single-use plastic by about 200 metric tonnes annually.

It says the cardboard bread tags are made from 100% recycled cardboard and are compostable in municipal systems across Canada.

Bimbo Canada president Joe McCarthy said the initiative helps the company fulfill its sustainable business commitments, which include making all products recyclable, biodegradable, or compostable by 2025.

"All changes, big or small, make an impact,'' he said in a statement.

Bimbo Canada, a subsidiary of Mexico-based Groupo Bimbo, has 16 bakeries, 15 sales centres and 191 depots across Canada. 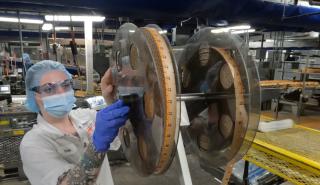