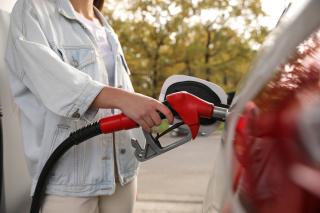 In an effort to combat the high number of fuel theft complaints being reported to City police, the Board of Police Commissioners have asked City Council to consider implementing a bylaw requiring the pre-payment of fuel at all gas stations in Prince Albert.

Back in Dec., City Administration received a letter from the Board of Police Commissioners that described a "considerable increase'' in the number of thefts involving fuel being stolen in Prince Albert between 2019 and Sept. of 2022.

According to the Board, there was a total of 89 "gas and go's'' reported to the Prince Albert Police Service in 2019. In Sept. 2022, that number had already risen to 118 reported fuel thefts year to date.

The Board explained that there are a number of reasons for the upturn; however, the rising price of fuel is a contributing factor. The average loss for each theft of fuel is approximately $60 but ranges anywhere between $20 and $110.

"The Prince Albert Police Service responds to a high number of fuel theft complaints which require a significant amount of time to conduct an investigation,'' reads the Board's letter. "This offence could be prevented by mandating local business to require payment for fuel upfront.''

The Board added a few examples of other provinces and jurisdictions that have adopted similar legislation or local bylaw. The letter states that these have resulted in savings for the businesses while also taking a proactive approach in violence prevention, as staff are less likely to be victimized during a theft or attempted theft.

The Province of British Columbia was the first in Canada to implement a pre-pay law - known as `Grant's Law' - which took effect in Feb. 2008 as a result of the death of a gas station worker. Grant De Patie died after being dragged seven kilometres underneath a car when he attempted to stop a gas-and-dash incident in Maple Ridge in 2005.

In 2018, the Province of Alberta passed legislation - Bill 19 - which requires customers to pay for fuel beforehand in an attempt to prevent gas and go injuries while increasing employers' obligation concerning staff safety. This was in response to convenience store robberies and gas-and-dash incidents which led to the deaths of five workers and three serious injuries to workers over three years.

The Province of Ontario passed Bill 231, short-titled 'Protecting Ontarians by Enhancing Gas Station Safety to Prevent Gas and Dash Act, 2020', requiring customers to prepay before being given gasoline. (Note that although Bill 231 passed second reading in November 2020 and was supposed to be referred to Ontario’s Standing Committee on Social Policy, it did not proceed further after the legislative session ended in the fall of 2021.)

"Fuel theft is a growing concern due to the financial losses experienced by the business, the significant amount of police resources required due to the investigative work involved and, most importantly, the overall safety of the workers,'' said the Board.

The Board's correspondence will come before Council at Monday's Executive Committee meeting, where it will be received and referred to Police Services for consultation with Prince Albert business owners.