Reap the rewards with a well designed loyalty program

The majority of Canadian c-store shoppers appreciate their favourite store’s loyalty program, with 63% of loyalty program members saying they are actively leveraging their membership and are satisfied with the program, according to proprietary data from Convenience Store News Canada’s C-store IQ: A National Shopper Study.

C-store IQ is the first convenience and gas specific study that delves into the wants, needs, perspectives and habits of Canadian convenience consumers.

More than 1,000 Canadians 18+ participated in the C-store IQ study, which shows that 43% of shoppers visit chain convenience stores and 38% visit independently owned convenience stores at least once a week. In turn, 70% of convenience store shoppers typically shop the same store each time, presenting massive opportunities to drive engagement and sales through loyalty efforts. 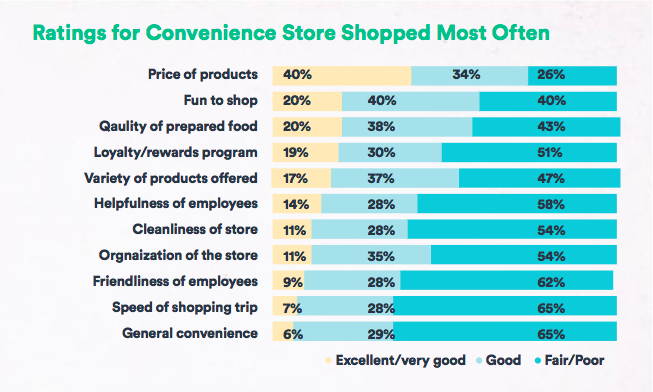 Loyalty programs enable retailers to gather data about their customers’ wants and needs, but it has to be a reciprocal relationship with experiences, offers and incentives designed to make members feel valued (and, in the process, drive sales).

Research shows loyalty programs are also an effective means to engage female shoppers. While males and females are comparably influenced by different marketing tactics, the one exception is loyalty programs where females (31%) are more likely to be influenced than males (25%).

While more than half of shoppers frequent a convenience store that has a loyalty program, only 42% of shoppers are enrolled in and actively use their store’s loyalty program (the proportion of loyalty members that do not use the program is relatively small at only 5% of shoppers). 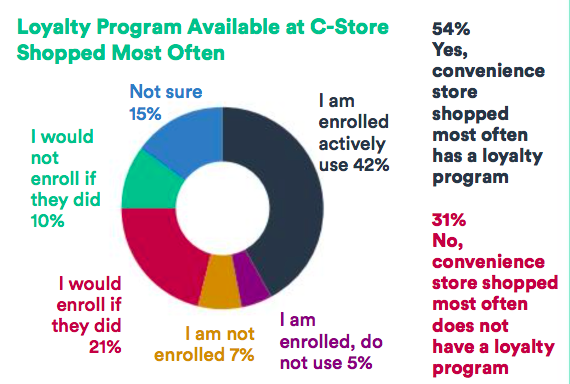 While 63% of loyalty program members that are actively leveraging their membership are satisfied with the program, there are some differences when it comes to generation and gender.

There’s an app for that

For many shoppers, carrying around a wallet full of bulky loyalty cards can be a deterrent. With that in mind, about half (45%) of loyalty program active members use their store’s loyalty program mobile app.  However, one in five (19%) are not using the app even though they are aware. This is a missed opportunity for retailers, as apps enable them to collect data and engage with shoppers on a new and more targeted level, such as time of day and location-based offers delivered in real time. 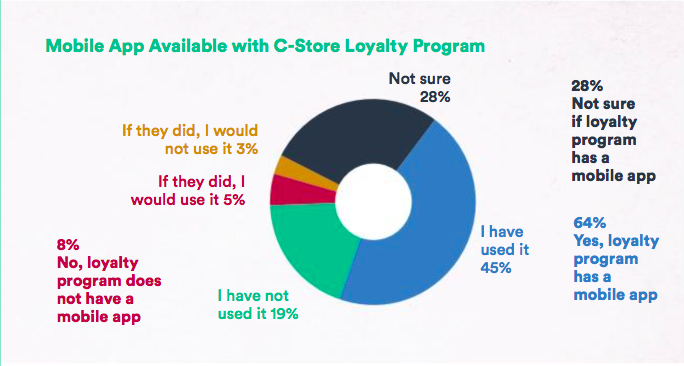 While those who use loyalty programs tend to find value, there’s room to convert the doubters by addressing their primary concerns. The top three reasons shoppers say they would not enroll in a loyalty program include:


Broken down by generation and gender, it looks like this:


In addition, individuals are concerned with privacy issues: 14% of shoppers that have not enrolled in a loyalty program say it’s because they feel like they have to give away a lot of information. Males (20%) are more likely than females (9%) to feel that too much information is asked for at the time of registration.

Although a large proportion of shoppers use c-store loyalty programs, the market is far from saturated and c-stores have ample opportunity to capitalize on the benefits of a well conceived loyalty program.

Simply having a program is not enough: Many people say they don’t get enough value from the membership. Since shoppers today look for instant gratification, many are deterred from joining loyalty programs because they feel reward points are not very valuable or they need to make a lot of purchases before gaining any benefit. C-stores that clearly communicate a program’s larger benefits and attainable rewards are most likely to entice new members.

It’s worth noting that while traditionally younger shoppers have been the ones to use loyalty program mobile apps, in the era of COVID-19 these demographics are shifting, with more shoppers embracing digital technology as a means to reduce touchpoints and engage in frictionless experiences. For many operators, this calls for better optimization and integration of the c-store digital infrastructure in order to increase program satisfaction and meet customers’ evolving expectations.