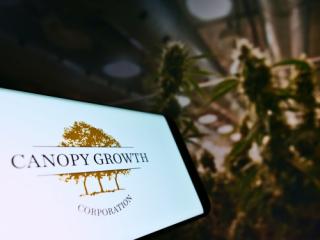 Canopy Growth Corp. is getting out of the cannabis retail business with two deals to divest its Tweed and Tokyo Smoke stores.

The Smiths Falls, Ont. cannabis company announced Tuesday that it sold all of its stores outside Alberta, as well as the intellectual property for Tokyo Smoke, to OEG Retail Cannabis (OEGRC).

OEGRC is run by the Katz Group, which owns the Edmonton Oilers hockey team and previously had a licensee deal to own and operate all of Canopy's franchised Tokyo Smoke stores in Ontario.

The new deals will see OEGRC, which already owns 64 Tokyo Smoke stores, take control of 23 Tokyo Smoke and Tweed stores across Manitoba, Saskatchewan and Newfoundland and Labrador and force the rebrand of any Tweed stores.

420 Investments Ltd. will acquire another five stores in Alberta that will be rebranded under its Four20 retail banner.

However, it framed the agreements as part of its push to reprioritize the premium segment of cannabis and reduce costs, which the company has been tackling through job cuts and facility closures during the COVID-19 pandemic.

"We are taking the next critical step in advancing Canopy as a leading premium brand-focused CPG cannabis company while furthering the company's strategy of investing in product innovation and distribution to drive revenue growth in the Canadian recreational market,'' David Klein, Canopy's chief executive, said in a statement.

The retail segment of the cannabis market that Canopy is exiting has become tough to compete in as the number of pot shops has ballooned, driving competition.

Ontario - Canopy's home province - has 1,333 stores alone, including many that cram Toronto's Queen Street West. The stores hawk the same items from the same province-backed supplier, meaning standing out has never been tougher.

Cannabis companies in both the retail and production space have also struggled to reach profitability because they keep slashing prices to compete with the illicit market and rival stores.

The average price for cannabis was $11.78 per gram at the start of 2019, shortly after legalization, but fell to $7.50 per gram in 2021, a November report from Deloitte Canada and cannabis research firms Hifyre and BDSA said.

The average price for vape cartridges has similarly fallen by 41% from $32.02 per gram around legalization to $19 per gram a year later.

OEGRC has yet to reveal what pricing strategy it will take on, when it nabs Tokyo Smoke's intellectual property, but chief executive Jurgen Schreiber position the agreement as part of the "advancement'' of the cannabis industry.

"OEG Retail Cannabis and Canopy Growth have been partners for many years now and we are committed to a smooth transition for employees and customers of the newly acquired stores as we await final regulatory approval in the coming months,'' he added, in a news release.

Staff working at acquired locations will keep their jobs and Canopy will continue to own and operate its Tweed brand of flower, pre-rolls and other products.

The company will also terminate a master licence agreement dating back to 2019 that allowed convenience store giant Alimentation Couche-Tard Inc. to operate a Tweed branded shop in London, Ont.