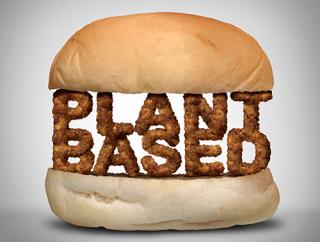 Though plant-based food and drink products have made incredible strides in both taste and texture over the years, there are still certain hurdles the industry needs to overcome to grow the category and appeal to an even greater consumer segment.

During a panel discussion at “Plant Forward” – a two-day conference hosted by Protein Industries Canada, Pulse Canada and Plant-Based Foods of Canada in November – executives from Metro and U.S.-based grocery giant Kroger agreed that consumer education and simpler ingredient lists are two ways to keep the appetite for plant-based foods growing.

There is still a misconception among consumers that plant-based foods are an unhealthy alternative to animal products, said Charles Buhagiar, senior category manager, Metro Ontario, but there are ways that retailers and manufacturers can try and set the record straight.

Food and beverage brands, for instance, can keep it simple. “Look at the ingredient deck. If it’s long, is it necessary to have all those ingredients or synthetic ingredients in there?” he asked.

On the retail side, Metro leverages its in-store pharmacists to provide dietary and health information, calls out partnerships with organizations like Plant-Based Foods of Canada in its flyers to add credibility to its plant-based messaging, and uses QR codes to give shoppers additional information, said Buhagiar.

“We try to give as much information to the customer we can so they can make a conscious, wise decision on why they’re going to plant based,” he said. “We’re not trying to convert anybody to become vegan or to replace an animal protein with a plant-based protein – that’s up to the consumer…we’re just trying to help whatever lifestyle they want to choose. Plant based is getting so much talk, both positive and negative, we want to make sure we clear up the clutter.”

Grocers are an important link between product and customer, but when it comes to education, Holly Adrien, natural and organic strategy and innovation manager at The Kroger Co. said “we’re all responsible.”

From farms to manufacturers and the clerks stocking shelves, “everyone should have a part of the education,” said Adrien. “It’s incumbent on all of us.

This article was first featured in Canadian Grocer’s December/January issue.