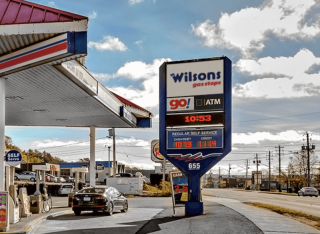 OTTAWA - Alimentation Couche-Tard Inc. had reached an agreement with the Competition Bureau to resolve concerns over its acquisition of the Wilsons chain of gas stations in Atlantic Canada.

ACT said at the time that some assets would be purchased by a third-party acquisition partner to be determined following a review by the Competition Bureau.

The federal competition regulator subsequently concluded that the deal would substantially lessen or prevent competition in the supply of retail gasoline in some markets.

To address the regulator's concerns, Couche-Tard has agreed to sell 46 Wilsons sites and supply agreements and one Couche-Tard gas station.

Wilsons is a well-known name in Canadian convenience and gas, with a history that goes back to the early 1800s when the Wilson family first established a mercantile trade company in the Colchester area. Descendants established the Wilson Construction Company, which built many of the notable buildings in downtown Truro, N.S. and the company helped rebuild Dartmouth after the Halifax Explosion in 1917.

In 1909, Wilsons founded a coal company to supply fuel and as the business evolved so, too, did the name to present name of Wilson Fuel Co Ltd.

The Wilson families will continue to own and operate Wilsons Heating, Wilsons Security, Kerr Controls and Ski Wentworth, saying: 'We intend to remain a strong, Nova Scotia-based multi-generational family company; one that is always evolving."

-with files from Canadian Press