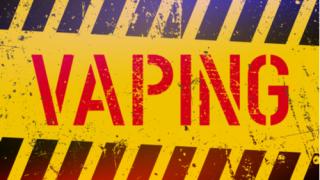 In a unanimous decision published November 15, the panel of three Court of Appeal judges reversed the parts of a 2019 lower court decision that struck down some provisions of the Tobacco Control Act pertaining to vaping products - known as electronic cigarettes or e-cigarettes.

The Quebec Superior Court ruled that while the government had a right to legislate on the issue, some of the province's restrictions on vaping products - including a ban on advertising e-cigarettes to people seeking to quit smoking - went too far because they could prevent smokers from transitioning to a less harmful product.

But the appeals court judges disagreed, ruling that the Quebec government had the right to limit the potential effect of electronic cigarette advertising on young people and on non-smokers.

In their decision, the judges cited research from the World Health Organization and other experts expressing concern over rising youth vaping rates, and they questioned whether it was possible to target ads at smokers only, without influencing others.

"In this case, it was therefore reasonable for the legislator to intervene to limit the potential effect of electronic cigarette advertising, especially on young people,'' Justice Benoit Moore wrote on behalf of the panel. He added, "The risks associated with the fact that the vaping industry is evolving and that it is gradually being taken over by the tobacco companies cannot be excluded from the analysis of the legislator.''

The court also upheld the government's right to ban demonstrations of vaping products inside shops or specialized clinics, arguing that the vaping groups had not showed that getting to see and try the products was a necessary condition for smokers who wanted to switch to vaping.

The Canadian Cancer Society, which was granted intervener status in the case, described the decision as "an extremely important public health victory to reduce youth vaping and to protect youth from tobacco industry marketing.'' Spokesman Rob Cunningham said in a statement the decision could have "Canada-wide implications'' by making it harder for vaping industry groups to challenge federal legislation restricting e-cigarette advertising.

"The judgment highlights several key principles that should motivate the government to move quickly to further reduce the appeal of electronic cigarettes among young people, for example, by banning flavours other than tobacco,'' co-spokesperson Flory Doucas said in a statement.

The 2019 decision had been appealed by both the Quebec government and, on the other side, an association representing Quebec vape shops and the Canadian Vaping Association. The two latter groups had challenged Quebec's decision to put vaping products on the same legal footing as cigarettes by including them in the Tobacco Control Act in 2015.

They argued that e-cigarettes are a form of "harm reduction'' because they can be an effective way for smokers to quit cigarettes, and that overly strict regulations undermine the safety of smokers by limiting their access to a less harmful product.

The Court of Appeal said that it recognized that experts agree vaping products are less harmful than traditional cigarettes. But the court said experts are divided on whether they're an effective way to quit smoking, and the judges noted that both the World Health Organization and Quebec's public health director have warned against them being described as anti-smoking treatments.

While admitting that the research into vaping is ongoing and sometimes contentious, the court found that the potential risk of vaping products, especially for youth, justified the province's restrictions.

It noted that the risks are both "intrinsic'' - related to direct health problems such as increased nicotine addiction - and "extrinsic'' - related to the fact that e-cigarette access will lead to a "social renormalization of the act of smoking'' that could lead more young people to take up the habit.