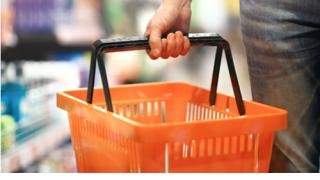 Discount grocery stores are expected to outshine their conventional counterparts in 2023 as shoppers seek out cheaper food to cope with staggering price increases, a new report released Monday said.

Yet discount grocers are expected to see the biggest increase in sales, the report said.

Efforts to curb spending "should favour discount grocers over their conventional peers, as consumers seek promotional discounts on individual items, substitute branded offerings with private-label products, and trade down to more affordable offerings within the same product category,'' it said.

Discount grocer Aldi, for example, recorded year-over-year sales growth of about 23%, 24%, and 27% in October, November, and December of 2022, respectively, the report said.

Discount store Lidl reported similar growth during the same period ranging from 22% t to 24% year over year, it said.

"This is significantly above the sales growth of their traditional competitors, including Tesco, Sainsbury's, and Asda, which all saw growth of no more than 6.4% during the same months,'' the report said.

The expected growth in discount in Canada the opposite of what occurred during the COVID-19 pandemic.

Stay-at-home orders, health and safety concerns, the desire for convenient "one-stop shops'' and the growth of online grocery all drove sales at conventional or "market'' supermarkets.

For example, Loblaw Cos. Ltd.'s market division recorded same-store sales growth of 10 per cent, seven per cent and nine per cent during the last three quarters of 2020, the report said. In comparison, the company's discount division reported growth of 5%, 5% and 7% during the same period.

The strength of the market grocery stores began to ebb as the cost of living began increasing, the report said.

"Although discount grocery stores' volumes were mostly outpaced by conventional stores during the ... pandemic, given the changes in consumer behaviour following surging levels of inflation and rising interest rates, we expect the reverse during this continued period of economic distress,'' Moritz Steinbauer, vice-president of consumer and retail at DBRS Morningstar, said in a statement.

Sales trends between discount and conventional stores are expected to gradually return to historic levels as economic conditions stabilize, the report said.

Still, discount grocery could see some "structural benefit'' if they can hold on to new customers, it said.