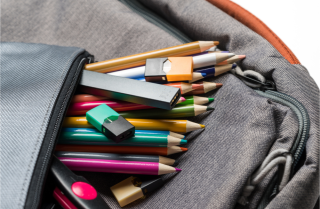 WASHINGTON - The Food and Drug Administration and Juul agreed Wednesday to put their court fight on hold while the government reopens its review of the company's electronic cigarettes.

The agreement comes one day after the FDA placed a hold on its initial order banning Juul's products from the market, saying that Juul's application warranted "additional review.''

Juul can continue selling its e-cigarettes in the meantime, according to the federal court filing.

"With this administrative stay from the FDA now in place, we continue to offer our products to adult smokers while we pursue the agency's internal review process,'' Juul executive Joe Murillo said in a statement.

The FDA ordered Juul to pull its products from the market on June 23. A day later, a federal appeals court temporarily blocked the government ban at Juul's request.

If the FDA eventually decides to reimpose its ban, Juul will have 30 days to seek another stay, according to the filing.

To remain on the market, companies must show that their e-cigarettes benefit public health. In practice, that means proving that adult smokers who use them are likely to quit or reduce their smoking, while teens are unlikely to get hooked on them.

FDA regulators have recently authorized a handful of e-cigarettes from some of Juul's chief rivals, including R.J. Reynolds and NJOY. But industry players and anti- vaping advocates had been eagerly awaiting an FDA decision on Juul's products, which are the best-selling e-cigarettes in the U.S.

The FDA originally said Juul's application left regulators with significant questions, including about the chemical makeup of its vaping formulations. Juul said it submitted enough information and data to address all issues raised.