Retailers find their voice and successfully fight back against contraband tobacco 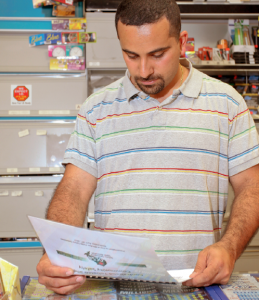 “If you’re an honest retailer, you’ve got a lot to lose,” says Terry Yaldo, owner of Midway Convenience in Windsor, Ontario. And with contraband tobacco levels sitting at 30% in Ontario and Quebec, he couldn’t be more right.

“I can’t compete with someone selling a $20 carton of cigarettes that’s not paying taxes and not paying employee wages,” he says.

“There’s strength in numbers and [retailers] have to mobilize and make their voices heard by putting pressure on their local politicians, federal and provincial politicians and demanding change,” says Gary Grant, spokesperson for the National Coalition Against Contraband Tobacco.

This grassroots approach is underway in Ontario and Quebec as the movement against contraband tobacco sweeps across these provinces. The OCSA and the QCSA are finding significant success with this retailer-focused approach and are building the much-needed momentum to eliminate this problem.

In Ontario, the 2012 provincial budget outlined a number of commitments intended to reduce contraband tobacco sales, including the implementation of additional regulations and enforcement, provisions to Bill 186, as well as amendments to the Tobacco Tax Act. This year, the OCSA aims to ensure these provisions are carried out.

“What we’re requesting is that the city councils ask their mayor to send a petition to the provincial government to follow up on the budget, where they said they were going to take more action this time around,” says Len Birch, communications manager for the OCSA. “We’re trying to show the provincial government that the cities are requesting they follow through on the action. And so far, I haven’t had anyone say they would reject it.”

The approach has been successful in Windsor, Ottawa, Durham Region, London, Sudbury, Hamilton and North Bay, where city councils passed the motion to make a formal request of the provincial government.

The OCSA is there to guide the retailers through the process of contacting local politicians. “We spend some time helping the retailers understand, and we attend council meetings with them, so it makes for a stronger association and it allows us to stand for a purpose,” says Bryans.

Since 2008, the QCSA’s aim has been to unite politicians and policy makers around the need to hold parliamentary meeting on contraband tobacco. C-store owners got involved in the fight and voiced their concerns about the effects of contraband tobacco on their small businesses, and finally, they have been heard.

In October 2011, the QCSA presented a number of recommendations to the National Assembly’s Committee on Public Finance, including, first and foremost, the need for a trilateral committee to study contraband tobacco. The committee will consist of representatives from Quebec, Ontario and Ottawa, and will work to negotiate a win-win solution with Aboriginal representatives to eliminate the sale of contraband tobacco.

When the report from this meeting was released in February, it was obvious that the QCSA had made an important impact. “[They] took our seven or 10 recommendations practically to the letter and made them theirs, and they got people from the revenue ministry, they even had First Nations anti-smoking groups [involved in the discussion],” says Michel Gadbois, president of the QCSA.

Now, there is a consensus among the QCSA and the politicians who can make a difference, and the focus has shifted toward creating this joint committee. With an action plan in place, the QCSA has launched a new campaign to gain the support of 250 municipalities in the province to turn the recommendations into governmental policies.

In both Quebec and Ontario, retailer engagement is essential to the success of this fight. “We’re the only organization in Canada that has 25,000 people that can speak out. No other organization can bring together 70 retailers in each and every electoral riding across Canada, and nobody has members that can speak to 10 million Canadians a day,” says Gadbois.

If contraband tobacco is hurting your store and your community, it’s time to speak up. Contact your convenience stores association and learn how you can make a difference.

Visit www.conveniencestores.ca to get involved.