On September 1st, Newfoundland and Labrador will introduce Canada’s first sugar-sweetened beverage (SSB) tax. The volumetric tax will add 20 cents per litre on all ready-to-drink beverages and concentrates with added sugar including regular soft drinks, sweetened fruit-flavoured juices and sports and energy drinks. While the intent of the tax is to improve health outcomes in the province, data from other jurisdictions demonstrates such taxes do not move the needle on driving change with regards to the serious problems of obesity or non-communicable diseases (NCDs) associated with weight.

Many public health bodies recognize that obesity is fuelled by a variety of complex environmental, social, economic, behavioural, and other factors[1]. Information gathered from jurisdictions where SSB taxes have been implemented shows that on average they only reduce beverage calorie consumption by six calories a day[2] - the equivalent of one to two potato chips. What's more, these jurisdictions still face growing obesity rates[3]. Overall, there is a lack of consistent and undisputed evidence justifying the effectiveness of SSB taxes to reduce obesity or positively impact NCDs. In Canada, a similar tax was considered in the Northwest Territories in 2019 and was abandoned when the government concluded the tax would not accomplish the goal of ensuring healthier food choices.

Trending in the right direction

Canada’s beverage industry is already working to provide healthier options for Canadians by offering a wide range of low and no-calorie options of their favourite beverages. The Conference Board of Canada’s Finding Balance report shows that Canadian consumers have already reduced the calories they take in every day from non-alcoholic beverages[4]. In its 2018 “Counting the Calories" report, the CBOC corroborated industry data showing a decrease in refreshment beverage calories per capita between 2004 and 2015[5] across Canada. Globally, research indicates that consumption of both sugar and sugary drinks has been falling for years while obesity has been rising[6].With innovation in formulation and portion control, full calorie soft drink consumption has gone down 16 straight years to a 35-year low[7].

While there is no concrete evidence that indicates that a tax on sugar-sweetened beverages will have an impact on health, there is evidence to show that that these taxes are regressive and impact the local economy. In 2021, Dr. Tom Cooper, professor in strategic management at the Faculty of Business Administration at Memorial University, conducted a study that analyzed the potential economic impact of implementing a sugar-sweetened beverage tax in Newfoundland and Labrador. Cooper’s study found that, in jurisdictions where sugar-sweetened beverage taxes have been applied, steep increases in the retail price of common household consumer products has been observed[8]. As a result, consumption taxes disproportionately impact those with lower incomes[9] who spend a higher percentage of their income on food[10]. When an additional tax is applied to food and beverage items, it takes a larger chunk out of lower income families’ pockets. As families across the country struggle financially in the wake of record-high inflation, taxes that raise prices of food and beverage products will have the most impact on those who can least afford it.

The potential economic impacts of implementing such a policy measure are also significant. Cooper’s study points to a potential “doom loop” in the wake of implementation, wherein local businesses are put at risk, deliveries to rural communities may falter, and job losses may occur.[11] All of this would lead to an even greater risk to the Newfoundland and Labrador economy, putting those in lower income communities directly in harms way.

Such a policy tool will have negative unintended consequences on the most vulnerable in the province. There is no evidence that such a policy measure will improve health outcomes for a population that is already consuming less calories from refreshment beverages daily. As the economy recovers after the COVID-19 pandemic, a new tax is an additional burden on businesses and individuals.

[1]See e.g., NIH, “About NIH Obesity Research,” available athttp://www.obesityresearch.nih.gov/about/  (last accessed January 7, 2019)(“The high prevalence of obesity likely results from a multitude of factors: inherent genetic and other biological traits that differ among individuals, environmental and socioeconomic factors, and behavioral factors--which may have both genetic and environmental influences.”); WHO, “Draft Final Report of the Commission on Ending Childhood Obesity,” at 9 (2015), available athttp://www.who.int/end-childhood-obesity/commission-ending-childhood-obesity-draft-final-report-en.pdf  (last accessed January 8, 2019)(“Obesity arises from a combination of exposure of the child to an unhealthy lifestyle (the so-called obesogenic environment) and inadequate behavioral and biological responses to the obesogenic environment, which vary among individuals and which are strongly influenced by developmental or life course factors.”); WHO, “Global Action Plan for the Prevention and Control of Noncommunicable Diseases, 2013-2020” (2013), available athttp://apps.who.int/iris/bitstream/10665/94384/1/9789241506236_eng.pdf?ua=1  (last accessed January 8, 2019); WHO, “Global Strategy on Diet, Physical Activity and Health” (2004), available athttp://www.who.int/dietphysicalactivity/strategy/eb11344/strategy_english_web.pdf  (last accessed January 8, 2019).

The opinions expressed in this article are the author’s and do not necessarily reflect the views of Convenience Store News Canada. 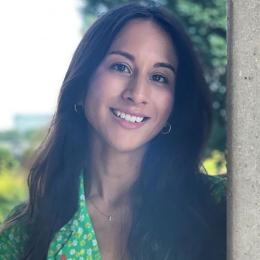