As global demand for oil and gas continues, Alberta Minister of Energy Sonya Savage says her province is doing its part to meet increasing energy needs without compromising the environment. But she says the industry and the federal government need to do a better job of communicating these facts.

Following months of disruptions from the COVID-19 pandemic and Russia’s invasion of Ukraine this past February, nations were left scrambling in trying to access enough oil and gas. This supply shortage led Alberta to ramp up production, while also taking steps to ensure the province would still meet its commitment to net-zero emissions by 2050.

In an interview for the September Road Chats podcast hosted by the Canadian Energy Marketers Association (CEMA), Savage said she is optimistic about the future for oil and natural gas beyond the immediate boost in demand. For her, the key factors are the province’s transition to cleaner oil and gas production combined with its ability to immediately increase oil exports.

“We are in a good place to bring on another 800,000 to one million barrels in oil,” Savage noted. However, she added that for natural gas, the “lack of pipeline capacity … [is] a tragedy.” As countries in Europe look to reduce their dependence on Russian natural gas imports, Savage noted that Canada is not able to meet this energy opportunity. “We need politics out of the way; let businesses decide and let regulators decide if [natural gas transport] can be done safely.”

The Minister went on to say that she attended the recent Offshore Northern Seas energy conference in Norway. While there, she spoke about the steps Alberta’s energy sector is taking to reduce greenhouse gas emissions in oil and natural gas production. The reaction was one of surprise. “Energy future conversations start in Europe… and [Europeans] don’t understand the remarkable work done in Alberta,” she said. “[We need] more communications,” to tell the story of how the “oil sands [is] on a pathway to net-zero.”

Over the past few months, Savage and her colleagues in Alberta government have also had discussions with their U.S. counterparts. Their message to our neighbours to the south: Import more oil from Canada. The Minister reports that these discussions are beginning to pay off now.

While much of the negotiations have revolved around trade, the conversation has also focused on the investments Alberta is making in carbon capture technology. Earlier this year, the provincial government announced that it was contributing more than $40 million to 11 different carbon capture utilization and storage projects, including those for oil sands companies, to help them reach the emission level targets.

Carbon capture technology definitely holds a lot of promise, but it’s just one piece of the puzzle needed to reach net-zero by 2050, according to Savage. She highlighted the need to develop hydrogen infrastructure and to start reinvesting in nuclear energy: “Oil and gas will dominate the energy mix for the next few decades … [but] there is no pathway to net zero without hydrogen, carbon capture and nuclear.”

While she is confident that Alberta and Canada can play a key role on the global stage as an energy supplier in the years to come, political stability for investment and investors will be key. Savage believes her province’s energy leaders have shown the world that Alberta can meet increasing energy demands while reducing greenhouse gas emissions. For her, all that’s needed is to communicate these successes so they can continue to keep us all energy secure.

Originally published in the November/December issue of OCTANE.

Jennifer Stewart is president and CEO of the Canadian Energy Marketers Association (CEMA), a network of progressive leaders who are responsible for the distribution of diverse products from gasoline, diesel, heating oil, propane and aviation fuel to low-carbon transportation energy solutions incl Read More 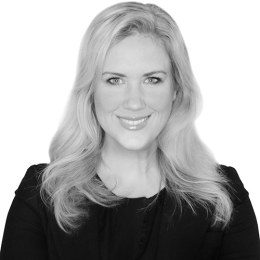