Darren Smart is taking on the role of interim chief financial officer, in addition to his current role as Parkland’s senior vice-president, strategy and corporate development.

Mike McMillan, who has served as the company’s CFO since 2015 is leaving the company, but will support Smart's transition until December 31, 2019.

“We are pleased that Darren has assumed the Interim CFO role in addition to his existing accountabilities,” Bob Espey, Parkland’s president and CEO, said in a release. “During the past five-years, Darren has played a significant commercial and financial leadership role in the company. I am confident he will do an excellent job and provide strong continuity as we search for a permanent chief financial officer.”

Smart joined Parkland in 2014 and leads the company’s enterprise wide strategy and corporate development activity.  He has been a member of the company’s senior leadership team since 2015. Prior to joining Parkland, he was a portfolio manager at Teachers’ Private Capital, the private equity arm of the Ontario Teachers’ Pension Plan, where he was responsible for sourcing, evaluating and managing energy-related investments. Smart has a Master of Business Administration from Harvard Business School and a Bachelor of Business Administration with distinction from Wilfrid Laurier University. 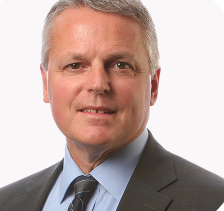 In May, Parkland announced that McMillan has decided to move back to Ontario to spend more time with his family. The company immediately begin a search to replace McMillan, who agreed to support us until a successor has been named and an appropriate transition period is completed.

"Mike has made exceptional contributions during his ten-years with Parkland," adds Espey. “On behalf of the Parkland team, I thank him for his commitment to our growth and success and offer my best wishes."