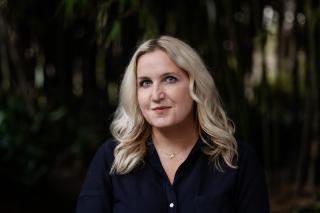 Spaulding joins from PepsiCo Foods North America in Plano, Texas, where she recently served as senior marketing director on the Cheetos and Intense Flavours brands.

Spaulding will relocate to Canada in the coming months and officially steps into her new role in early May, overseeing a brand portfolio that includes c-store staples, such as Lays, Doritos, Smartfood Quaker, Crispy Minis and others.

Spaulding takes over from Ian Adler, who was named vice-president and CMO in 2018. He is taking on to a new role within the company as global VP of commercial acceleration.

Spaulding joining PepsiCo in 2009, taking on increasingly senior leadership positions in marketing and strategy across the company's brand portfolio. Prior, she worked at McKinsey & Co in the U.S. and Europe.