Jeff and Alicia Lahey set out to change the snacking world. The CPG veterans founded Humble Snacks back in 2017, after the birth of their son. Their professional backgrounds informed their interest in developing an organic potato chip with a taste and flavour profile consumers would crave. Their vision, however, was about more than making a superior product. Humble Snacks was centred on sustainability—not only of the product, but also the packaging that it came in. The Laheys understood that plastic packaging was “the Achilles heel of the packaged food industry.” To be true to their commitment to purpose before profit, Humble Potato Chips needed to be packaged in plastic-free, plant-based compostable bags. In February 2022, Humble launched with five different flavours. In less than one year, it has reached national distribution and is sold in more than 700 chain and independent stores across Canada (and counting).

Sustainability in the forecast

WGSN  is a leading consumer trend forecaster that scans the globe to identify the shifts in consumer behaviour, which become the spark for consumption trends. The WGSN 2024 Food Forecast highlights several important influencers.

Example: Maple Leaf Foods was the first food company in Canada to set science-based targets aligned with the goals of the Paris Agreement on Climate Change, becoming the first major food company to achieve carbon neutrality in 2019. MLF converted to more energy efficient practices and aggressively reduced greenhouse gas emissions. Emissions that could not be eliminated were neutralized by investing in high-impact environmental projects across North America

2. Connection-led foods: Emphasis on the story of a product, from ingredient sourcing to packaging and carbon footprint, as demand for a greater connection with what we eat rises.

Example: Remix Snacks puts their founders and their story front and centre. The two McGill Nutritional Sciences students from Markham, Ont. set out to fill a gap in the snack market—nutritious, healthy snacks incorporating imperfect upcycled ingredients (fruit graded too low to sell at retail) to reduce food waste. The resulting “mindful snacking” products contain dehydrated beans, fruit, and chocolate; plus, they’re high in protein, fibre and iron. The journey of the Remix Snacks female founders is foundational, from young developers sourcing ingredients at farmers’ markets, to competing on Dragons’ Den and being fully distributed across Ontario.

Example: British Columbia-based One Degree Organic Foods, makers of granola, cereal, flour and tortillas, strives for only one degree of separation between its growers and consumers. To empower customers and achieve maximum transparency, they provide an easy tool on their website for consumers to type in a product number to learn specific details about the origin of its ingredients

WGSN makes note of a broad uptick in consumer values and priorities, including mental and physical wellbeing, socio-economic and planetary sustainability, and experiential, tech-driven newness.

The future is now

Most major CPG, snacking and beverage companies are taking a stance for sustainability as part of larger corporate social responsibility initiatives.

Coca-Cola, for example, has embraced a “World Without Waste” vision, announcing in 2021 that a prototype recyclable PET plastic bottle made with up to 30% plant-based material had been manufactured in limited quantities. This technology has the potential to be scaled because it makes use of flexible feedstock, like forestry waste or agricultural byproducts. Coca-Cola is sharing its technology with like-minded companies to achieve efficiencies. By 2025, Coca-Cola seeks to cut oil-based virgin PET usage by 20% via recycling, packaging improvements, and refillable dispensed and fountain systems. Ultimately, the goal is to “(virtually) eliminate the use of oil-based virgin PET from plastic bottles altogether by 2030.”

While some companies are working to change their ways, others are building brands around sustainability. For instance, Nature’s Path, which, in addition to cereals, produces snack bars, chips and salsa, differentiates itself with certified  organic ingredients, as well as efforts to address climate change. It obtained zero-waste-to-landfill designation for its manufacturing facilities; offers sustainability training to all team members; and aims for all packaging to be reusable, recyclable or compostable by 2025.

Sustainability comes down to the three Rs—reduce, recycle and reuse.  A few ambitious companies have taken on the challenge of turning waste products into key ingredients. ReGrained’s origin story kicked-off with two guys meeting in college and getting together to brew their own beer. The problem was that every six-pack brewed produced a pound of waste grain.

Sir Isaac Newton hit upon his universal theory of gravitation by observing apples falling from a tree in his garden. With the founders of ReGrained, their aha moment was getting tired of hauling out spent grain with the trash. Instead, they started baking and selling bread made with the flavourful and nutritious material.

Commercial craft and mass-produced beer generate billions of pounds of waste grain. Harvesting spent grain from breweries delivered a double win: diverting it from landfill, while providing a core input for the creation of ReGrained SuperGrain+, a first-of-its-kind upcycled food ingredient loaded with fibre, protein and functional benefits.

Global food waste is a trillion-dollar problem. West Coast-based ReGrained turned a problem into an opportunity by developing a line of bars, baking mixes, puffed snacks, and pasta that deliver taste, nutrition and functionality, while closing the loop on the food waste cycle. Just goes to show that winning at sustainability is all about finding ways to get more than one bite at the same apple. 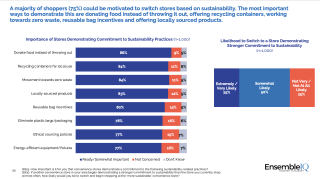 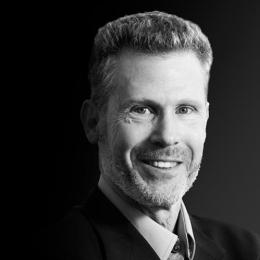