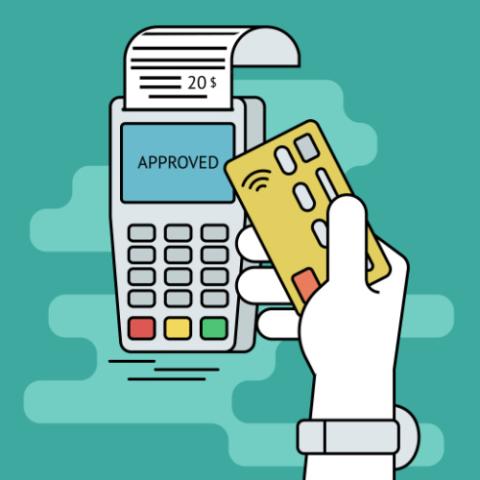 The fiscal update said the government intends to enter into negotiations with payment networks, financial institutions, businesses and other stakeholders to lower credit card transaction fees for small businesses.

Small business advocates have long been pushing for action on these fees, which they say are more difficult to swallow for small firms and are becoming more of an issue as customers move away from cash.

The economic statement said the government is publishing draft legislative amendments to the Payment Card Networks Act, and if the industry can't come to an agreed solution in the months to come, Ottawa will introduce the legislation in the new year to regulate credit card transaction fees instead.

Gary Sands, vice-president of the Canadian Federation of Independent Grocers, applauded the move by the federal government.

While he believes action could have been taken earlier, he said the threat of legislation can provide strong incentive for stakeholders to reach a deal in the coming months.

"I think it's a big step forward,'' he said. "It's showing very clearly that the government is committed to finally seeing a resolution on this issue.''

Sands has been advocating for action on credit card fees for years, and said the gap between what smaller retailers pay and what large companies pay is "indefensible.''

The government announced in a separate release Thursday it's launching a series of consultations on small business costs, economic stability in a digital world, and tax fairness. These consultations include the negotiations on credit card fees.

The draft legislation published Thursday would add provisions including that the government can make regulations to determine ranges and maximums for fees.

The government's position was strongly stated, but there are lots of details to be filled in still, said Karl Littler, senior vice-president of public affairs for the Retail Council of Canada.

He said any action to lower credit card transaction fees needs to apply to all businesses, as the fees are borne by firms of all sizes and ultimately by their consumers.

He said it's important to frame the issue of credit card fees as a consumer issue, as consumers end up paying for the bulk of the fees, which are approaching a total of $10 billion Canada-wide.

However, CFIB president Dan Kelly said he's concerned relief on the fees may be too slow to help with the current inflationary pressures on small businesses.

New rules took effect in October allowing businesses to add surcharges to credit card transactions, but a CFIB report found many business owners were unsure whether they would do so for fear of losing customers.

The rules don't reduce the fees charged to businesses, many of which have already baked the fees into their retail prices.

Kelly said the direction the government took in the economic statement is overall positive and should encourage negotiations with card networks and banks towards an early deal.

The government launched consultations into reducing credit card fees for businesses in August 2021, saying the pandemic rapidly increased electronic payments and online transactions. At the time, it acknowledged that because small- and medium-sized businesses have less bargaining power than larger businesses, they are therefore subject to transaction fees that are ``amongst the highest in the world.''

However, Littler disagreed, saying the vast majority of businesses pay similar fees, save for a few big-name exceptions.

Other jurisdictions have already moved to reduce the fees by imposing caps on how much businesses can be charged, including Australia and the European Union.