At 181, Nova Scotia’s Frieze and Roy is celebrated as Canada’s oldest general store 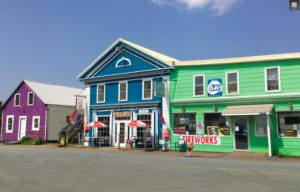 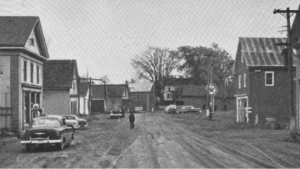 Everybody in the community of Maitland, NS, roughly 90 kilometres from Halifax, knows that you can get potato chips, lottery tickets, and even maple syrup at Frieze and Roy. While they enjoy the convenience of shopping, and dining, at their local c-store and adjoining cafe, they also appreciate the store’s biggest selling feature: its commitment to community.

Indeed, that is the reason co-owner Troy Robertson purchased the store eight years ago. The decision to buy, he says, was less about business and more about what the store meant to the town of approximately 8,200 people. “It’s the heart of the community. It’s where people drop in. It’s where people leave messages for one another.”

People in Maitland have been doing all that—and more—at Frieze and Roy for 181 years. For much of the 1800s, it was a focal point for the shipbuilding trade. As that century was coming to a close, the shop became more of a general store offering customers everything from farm tools to fine china. Today, Frieze and Roy is recognized as Canada’s oldest general store.

That rich history contributes to the bottom line today. The store has been featured in articles and on television and continues to draw media attention. “People are interested in stuff that has been around for a long time,” says Robertson.

To meet tourist’s needs, the store offers a range of souvenirs. In particular, notes Robertson, “they want something with the word ‘Maitland’ or ‘Frieze and Roy, Canada’s oldest general store’ on it. If people are flying, they like a gift that is smaller than 12 inches.”

Meeting the very specific needs of customers is central to Robertson’s business philosophy. “I watch what people buy. I ask them what they want. I tailor my inventory to my customers,” he says.

That includes offering them the option of purchasing liquor. Frieze and Roy is one of the select convenience stores licensed by the government of Nova Scotia to sell wine, beer and spirits: 9% of sales are alcohol, notes Robertson. “You have to bring something in to draw people in.” 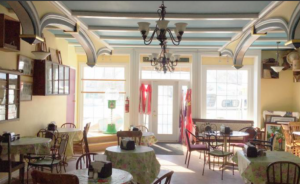 In addition to ensuring customers find what they need, and what they want, Robertson has worked to make the store a gathering place. That work started when he purchased the admittedly deteriorating building and essentially gutted the interior, creating a c-store on one side and the Mudslide Cafe on the other. In the middle (a shared buffer between the two businesses) is a gift shop that supports both operations. 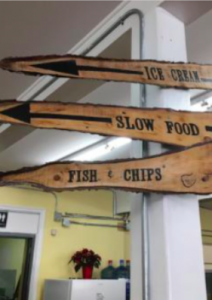 Many locals prefer to shop local, he adds. “The lines are smaller. It’s faster. It’s their community. People want to go someplace that doesn’t feel like a mall.”

Nothing could feel less cookie-cutter than the town of Maitland itself. Only an hour’s drive from the province’s capital city, the town sits on the edge of the Cobequid Bay, an inlet off the Bay of Fundy, which boasts the world’s highest tides. “There are few places like this left,” says Robertson.

The same could be said of the Frieze and Roy general store.

Frieze and Roy’s tips for a successful store

Imprint. Running a c-store is a lifestyle and a lifestyle choice, says Troy Robertson. It’s also hard work, he notes. “You can’t put in your 40 hours and go home.”

Increase. C-stores can expand their reach and improve the bottom line through strategic partnerships with suppliers –and with each other, says Robertson, who would like to see the sector share information and purchase collectively. “There really is power in numbers.”