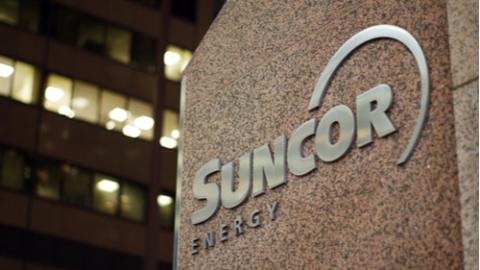 Suncor Energy Inc. swung to an $868-million profit in its latest quarter on increased oil output a year after COVID-19 prompted an unprecedented decline in transportation fuel demand.

The Calgary-based oilsands producer and refiner reported as markets closed on Wednesday that it earned 58 cents per share, up from a loss of 40 cents per share or $614 million a year earlier.

Its operating earnings excluding some one-time items was $722 million or 48 cents per share, one cent per share below forecasts by financial data firm Refinitiv.

Suncor's total upstream production over the three months ended June 30 increased to 699,700 barrels of oil equivalent per day, compared with 655,600 boe/d in the prior year quarter due to strong oilsands production partially offset by planned maintenance at Syncrude.

Net synthetic crude oil production increased to 437,200 barrels per day, up from 436,600 bbls/d a year earlier as upgrader utilization increased three percentage points to 96 per cent.

"In the first half of 2021, we achieved strong oilsands Base mining and upgrading production and consecutive quarterly production records at In Situ leading to the best start to the year in the company's history at oilsands operations,'' stated CEO Mark Little.

"During the quarter we completed significant turnaround activities at Syncrude and across all our refineries. Following the quarter, we've ramped up our assets and are positioned for a strong second half of 2021.''

The company says fuel demand in the quarter was about 13% below the pre-COVID period in 2019, but the lifting of many restrictions in July has reduced that shortfall to 6%.