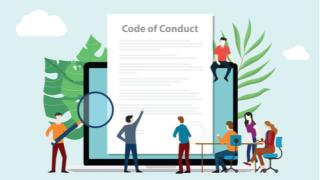 Ten leaders representing a cross section of Canada’s grocery industry continue meeting weekly to hammer out a Code of Conduct for the industry, though Ottawa is not expecting “concrete elements of a proposal” until March.

The negotiation of a Code of Conduct was back in the news recently after the working group of federal, provincial and territorial agriculture ministers (FPT) focused on reforming the industry, released a statement saying it only needed an update in December as opposed to a finished proposal.

Earlier in the summer, it seemed like the FPT wanted a Code of Conduct locked up by the end of 2021. In July, Quebec’s agriculture minister suggested as much: “By the end of the year, we want to have the solution ready to be implemented,” said Quebec Agriculture Minister André Lamontagne, who is co-chairing the FPT. “We suggest they make it, otherwise we’ll have to be more involved in making sure something like that will happen.”

Media reports earlier this month suggested the industry had been granted an extension to come up with a proposed Code of Conduct. But key players on the Food Industry Code of Practice Design Team (see the full team below) working on the Code of Conduct say they never had a December deadline. “No extension was ever requested thus, there seems to be some confusion regarding this request,” said Michelle Wasylyshen, a spokesperson for Retail Council of Canada (RCC). “There's been no extension,” said Gary Sands, senior vice-president of public policy for the Canadian Federation of Independent Grocers (CFIG). “The timeframes that we are operating on haven't changed.”

In a statement provided to CSNC sister publication Canadian Grocer, Cameron Newbigging senior media relations advisor at Agriculture and Agri-Food Canada reiterated the Ministers only want an update in December to “ensure that the industry-led process continues to progress well.”

“For March, what has been requested is concrete elements of a proposal for a Code of Conduct or practice and a dispute resolution framework,” he said. “Ministers will continue to monitor progress carefully keeping in mind their collective goal of achieving balance in the retailer-supplier relationship, which will contribute to a well-functioning supply chain.”

The design team never believed it had to have a proposal done by the end of the year, said Sands. “It’s just not realistic … There’s a lot to be done.” Sands could not speak about the progress of the design team because members are bound by confidentiality agreements. “We're making progress on some issues, and there’s some where there still needs to be a lot of discussion going on,” he said.“Every one of those people on that steering committee represents a significant stakeholder group in this industry, and every one of them is committed to achieving the Code of Conduct.”

One of the biggest challenges about creating a national Code of Conduct is whether it would be regulated by government or managed by the industry. And if it’s the latter, how would it be enforced? RCC and CFIG, for example, have opposed a regulated framework, while the proposal put forward by Empire Company Ltd. and Food, Health and Consumer Products Canada (FHCP) in March envisioned a Code of Conduct run and enforced by the government. (FHCP is part of the design team working on the Code, but declined to comment, and Empire did not return Canadian Grocer’s requests for comment.)

Both CFIG and RCC said a government run system would mean different codes for every province to meet provincial law. “What we were trying to say to everybody is, ‘Keep in mind that if you're an operator in four provinces, you will have to comply with four codes,’” RCC chief executive officer Diane Brisebois told Canadian Grocer back in June.

But a non-regulated framework doesn't mean the Code of Conduct would be voluntary. “We have agreed that the Code—whatever it ends up looking like—it needs to be mandatory, and most of all, it needs to be enforceable,” Sands said last week. “That's going to be a major part of the focus of the process over the next several months, not just coming up with the Code, but designing the mechanism that will ensure that this can be enforced.”