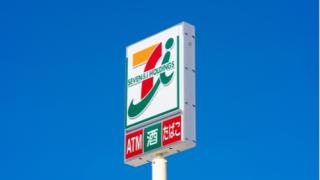 In a Jan. 19 letter, the activist investor argued that such a separation would boost the company's valuation and corporate governance.

ValueAct Capital took a 4.4% in Tokyo-based Seven & i in May 2021, when it first suggested that the 7-Eleven chain could be worth more than double its parent company's value if spun off. In 2022, the hedge fund announced its support for a new slate of candidates for the company's board of directors and again urged focus on the c-store business.

Seven & i is currently in the midst of a strategic review and has stated it will announce its decisions by early March. Additional options include a sale of Seven & i, a sale of its superstore business or continuing the current state of affairs.

In its latest letter to shareholders, ValueAct argued that Seven & i could complete a tax-free spin-off of 7-Eleven through a listing on the Tokyo Stock Exchange in approximately a year, according to a Reuters report.

"ValueAct estimates that over 10 years the 100% spin-off of 7-Eleven capital restructuring would result in shareholder value that is 80% higher than maintaining the current conglomerate structure," ValueAct wrote in the letter.

It noted that these are conservative assumptions as they do not take into account benefits such as efficiency improvements at 7-Eleven's U.S. operations.

"We understand that Seven & i can combine 7-Eleven Inc. and Seven-Eleven Japan and execute a tax-free spinoff to launch a global champion 7-Eleven listed on the Tokyo Stock Exchange about 12 months from now," the letter continued.

Although Japan's Ministry of Economy, Trade and Industry (METI) and certain large Japanese companies have discussed the possibility of tax-free spin-offs, none have yet done it, according to the news outlet.

"Seven & i Holdings could be the archetype of METI's intent in introducing the spin-off reform," ValueAct wrote. "We believe the tax-free spin-off of 7-Eleven is superior for shareholders and Seven & i's other key stakeholders: customers, employees, franchisees, suppliers, amongst others, in the long term."

ValueAct is reportedly taking a public approach to its recommendations for multiple reasons, including the "probable" prospect that an acquisition proposal for Seven & i could be presented to the board during the strategic review. Without a credible strategic plan, shareholders would expect a recommendation that they accept an acquisition proposal if it "provides enough certainty of superior quantitative value," it said.