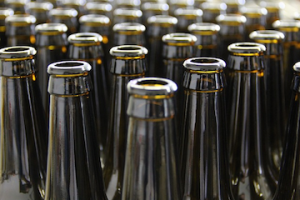 After much initial fanfare, the Ontario Government's commitment to bringing to bringing beer and wine to corner stores appears to be going nowhere fast.

In March 2019, Ontario's then-finance minister Vic Fedeli announced the province would keep its election promise and was moving ahead with an expansion of beer and wine sales in corner stores, big box stores and more grocery stores. The move was meant to reduce prices, prevent any potential privatization of the LCBO and give consumers more choice.

He made much ado about the fact that Ontario has the lowest density of retail outlets selling beer, wine, cider and spirits in Canada, with less than 3,000 outlets selling alcohol (compared to Quebec's approximately 8,000).

Things were off to a strong start. In May, the Progressive Conservative government tabled legislation that would terminate a contract with The Beer Store and pave the way for putting beer and wine in corner stores.  The move was designed to avoid massive financial penalties of $1 billion or more for breaking the contract, which was meant to extend through 2024 and upheld The Beer Store as the sole retailer of 12 and 24 packs of beer.

Needless to say, the Beer Store - the majority of which is owned by industry giants Molson, Labatt and Sleeman - reacted quickly, criticizing the move and saying it would lead to massive job losses. 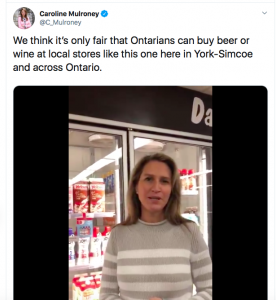 Still, in June Progressive Conservatives MPPs seemed confident and even took to Twitter en masse, decrying the lack of choice for beer-drinking Ontarians and celebrating the idea of introducing beer, cider and wine to the province's local stores.

At the time, it seemed like the move was imminent, a virtual done deal. Seven months later and it feels like the issue has fallen off the radar.

The last time the government addressed the issue publicly was during an interview in August with the Toronto Sun when new finance minister Rod Phillips said the province was still working towards a deal.


“It’s becoming more available, but we’re going to do that in a responsible way and we’re doing that,” Phillips said, referring to the new LCBO Convenience Outlets opening across the province.

Still, that's a long way from beer and wine in every corner store, which was the initial battle cry.


The Ontario Convenience Stores Association addressed the recent lack of momentum in its latest newsletter: "We are sure many are disappointed with the slow down on the roll out of beer and to the convenience store sector and want to assure everyone that this government is still committed to the channel and customer convenience for beer and wine."

The Convenience Industry Council of Canada is also working with the government to move the issue forward.

Convenience Store News Canada contacted the Ministry of Finance for an update on the situation, asking about potential timelines and the status of discussions with stakeholders.

Ministry spokesperson Marc Pichette confirmed "the Province is currently in discussions with The Beer Store and the brewers that are parties to the master framework agreement. The discussions are aimed at reaching a mutually agreeable solution to improve customer choice and convenience. We cannot disclose the details of these ongoing discussions."

While a timeline was not available, he added the government is "moving forward on the promise to improve customer choice and convenience and enable more opportunities for businesses in the sale and distribution of alcohol. This is something we’re committed to bringing to the people of Ontario as soon as possible."