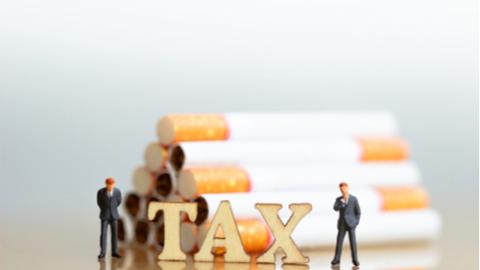 British Columbia is adding 7% PST to cigarettes effective July 1, 2022. The move it meant to encourage smokers to quit, but the Convenience Industry Council of Canada says a more expensive product will drive them instead to the illegal contraband market.

British Columbia’s increased tax on tobacco, announced in today’s budget, will drive the expansion of the underground economy, reduce the average cost of tobacco, and defeat the government’s public health measures, said Anne Kothawala, president & CEO of the Convenience Industry Council of Canada (CICC). “British Columbia has effectively given up its fight against contraband tobacco.”

Contraband takes away business from responsible retailers, who not only keep tobacco products out of the hands of minors, but also collect hundreds of millions of tobacco tax for the provincial government, according to the CICC.

“Governments think that increasing tobacco taxes will cause people to quit by making smoking more expensive. Instead, more smokers will turn to the illegal contraband market where unregulated and untaxed tobacco prices are often up to 75% less than in the legal channel," explains Kothawala. "As a result of ongoing tax increases, the sale of legal tobacco was virtually priced out of the market last year. This latest tax increase does nothing but fuel the contraband industry while substantially reducing tax revenue. Cheap tobacco is not in anyone’s interest.”

British Columbia's 2,300 convenience stores collected $437 million in tobacco taxes for the province in 2020. A study from Ernst & Young, conducted for the CICC the same year, reinforces “there is a massive illegal cigarette market in Canada and a huge cost to provincial treasuries in foregone tax revenue.”

“Contraband costs us all. As a result of last year’s provincial tax increase, our retailers are reporting an 18% decline in tobacco sales over the last 6 months of 2021 compared to the same period in 2020 - we know that smoking rates have not declined by that amount,” Kothawala adds. “The contraband market is taking business away from responsible, law-abiding retailers who keep these products out of the hands of minors, costing the government money and posing a threat to the safety of communities.”

As CICC points out, B.C.'s Ministry of Finance has already acknowledged that there is a direct correlation between the contraband market and organized crime. The Ministry stated in an August 2020 press release: “Contraband tobacco can get into the hands of people under the age of 19 and can contribute to increased criminal activities, such as organized crime and drug and gun trafficking.”

CICC is calling on the B.C. government to work with other provinces, as well as the federal government to tackle the contraband issue.

“This is a national problem and it’s going to require a collective solution,” says Kothawala. “We need governments to understand that layering tax upon tax is not an effective policy. All provinces should hold the line on taxes and work collectively to develop an enforcement strategy that equips agencies with the proper tools and financial resources to adequately tackle this growing problem that now spans from coast to coast.”