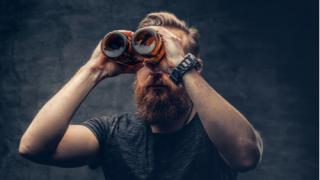 The Convenience Industry Council of Canada is calling on the Ontario government to kill two birds with one stone, so to speak, with its new Choose Convenience. Choose Ontario. campaign.

Local craft producers of beer, wine and coolers need to grow following the COVID-19 pandemic and Ontario's convenience stores, essential services during lockdowns, need a new category to boost revenues and ensure the future viability of the industry.

With that in mind, CICC is proposing a made-in-Ontario solution. The channel is calling on the Ontario government to allow convenience stores to sell Ontario-produced beverage alcohol products, which will support provincial producers while enhancing choice and convenience for Ontarians.

The industry has long advocated on this issue. Earlier this year, the convenience industry formed the Convenience and Choice coalition to pressure Ontario's Conservative government to reconfirm its commitment to allow convenience stores across the province to sell wine and beer. The CICC, Ontario Convenience Stores Association, Ontario Korean Businessmen's Association and Free My Booze launched at targeted initiative calling on Queen's Park to fulfill a campaign promise made in 2018. The province initially came on strong with this plan, however it's been on the back burner for two years due, in part, to disagreements with the The Beer Store and the brewers that are parties to the master framework agreement, a 10-year contract that is to expire in 2025.

This new proposal attempts to circumvents the brouhaha by focusing on local craft producers. While The Beer Store is officially owned by 30 Ontario-based brewers, including some craft brewers, Molson, Labatt and Sleeman are the dominant players.

"Ontario's convenience industry is committed to helping local producers by selling 100% made-in-Ontario beer, wine and coolers from now through 2022,'' CICC president and CEO, Anne Kothawala, said in a release. "Our stores are ready to offer new retail opportunities to these small businesses that help them emerge from the pandemic even stronger.''

CICC's proposal will enable convenience stores to promote and sell these products, which it says will not only support local businesses, but also fulfill Ontarians' desire for convenience. There are about 8,500 convenience stores in the province and the move would help break down barriers to entry for Ontario's beverage producers by helping them reach a wide and geographically diverse audience.

"Having the ability to sell our beer and seltzers in convenience stores will not only help us recover lost revenues from the pandemic, but allow us to continue to grow our business and create jobs within the community,'' said Jason Lalonde, co-owner of Carp's Ridge Rock Brewing Company. "Our customers are already going to convenience stores, and it would be great if they could pick up a few of our Made-in-Ontario beverages and save themselves a trip.''

"COVID-19 has shifted the way we all do business,'' added Matron Fine Beer co-founder Jes Nettleton. "Opening up this additional sales channel will help us in our recovery and make it more convenient for people to access our Ontario-made, Ontario-sourced beer.''

Industry advocates point to the convenience stores' track record selling age-restricted products, such as lottery, tobacco and vapes. And, despite being declared essential, pandemic lockdowns have hit the industry hard, due to reduced foot traffic and less traffic at the pumps.

"Throughout the pandemic, we've been on your corner and we are now asking the government to be in ours,'' said Kothawala. "Ontarians want it. We are prepared to offer it. It's time to give residents in the province what they want while helping the Ford government keep a promise they made to voters.''