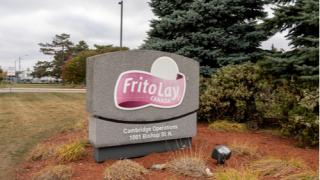 Loblaw will start restocking Frito-Lay products today, ending a months-long standoff due to a pricing dispute between the companies.

The situation resulted in empty shelves in the chip and snack food aisle as many as 2,400 Loblaw-owned stores, including Shoppers Drug Mart, No Frills and Loblaws, as the company pivoted to selling its house brands, such as President's Choice or No Name, as well as snacks from other manufacturers.

Some c-store operators say the stand-off benefited their bottom line, as chip-loyal customers went in search of their favourite salty snacks, including Lays, Ruffles, Cheetos, Doritos, and Sunchips.

However, The Financial Post reported on Saturday that the dispute had ended.

“We’re pleased to share that we have resolved the ongoing disruptions with Pepsi-Co Foods,” Loblaw wrote to stores on April 8, in an email obtained by the Financial Post. “We encourage stores to continue to support any brands they added to their assortment during the service disruption with Frito Lay.”

The stand-off emphasized the impact of rising prices, food inflation and a growing tension between retailers and suppliers, with suppliers looking for ways to pass along the growing price of goods and retailers struggling to remain competitive by keeping down consumer prices.

In February, Frito-Lay spokeswoman Sheri Morgan said in an email to Canadian Press: "Our business has faced unprecedented pressures from rising costs of items including ingredients, packaging and transportation... To help offset these pressures on our Canadian operations ... we have made adjustments to our prices that are consistent across the marketplace.''

Loblaw spokeswoman Catherine Thomas said at the time: "When suppliers request higher costs, we do a detailed review to ensure they are appropriate,'' she wrote in an email. "This can lead to difficult conversations and, in extreme cases, suppliers don't ship us products.''

Loblaws refused to pass on those costs and Frito-Lay stopped shipping product to the company.

A spokesperson told CBC News that Loblaws was "happy to once again have a wide assortment in our chip aisle," adding that stores were expected to be fully stocked with Frito-Lay products by the weekend.